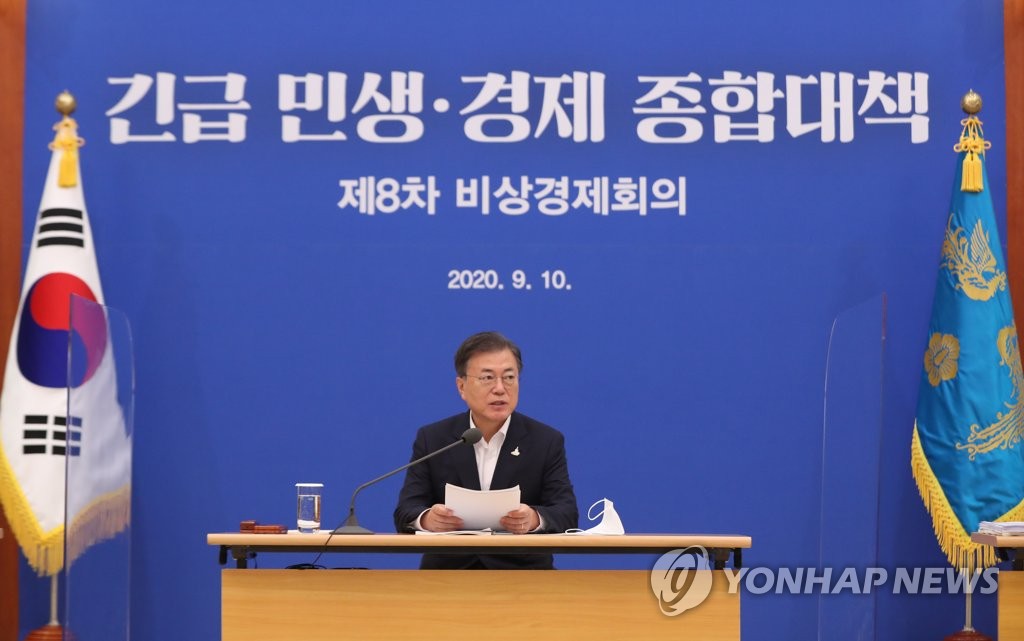 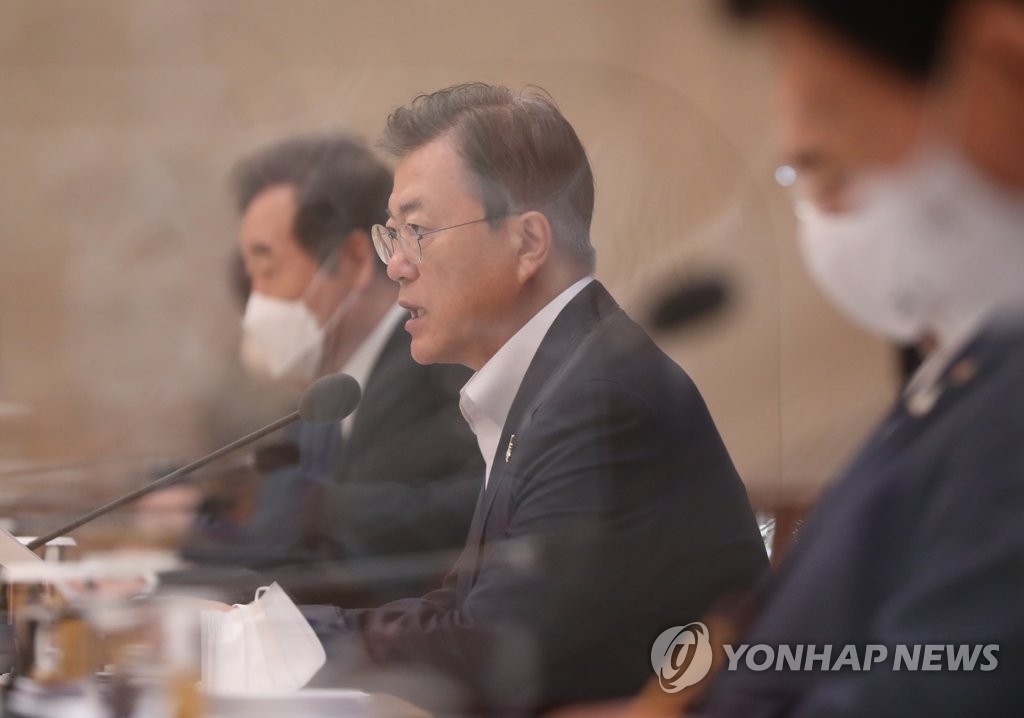 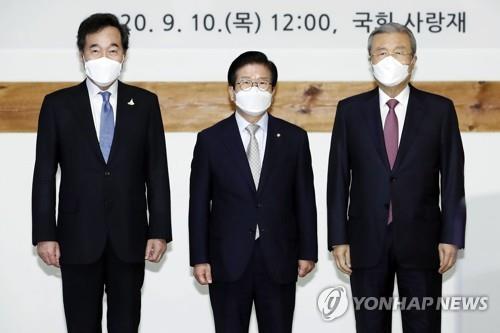 The leaders of the ruling and the main opposition parties agreed to work together to win early parliamentary approval of the extra budget bill.

Rep. Lee Nak-yon, chairman of the ruling Democratic Party, and the People Power Party's interim leader Kim Chong-in also pledged to cooperate to "provide emergency assistance handouts to many people before the Chuseok holiday," during a luncheon meeting earlier in the day.

The two leaders vowed to make their best efforts to pass as many bills aimed at supporting the government's anti-coronavirus measures and the people's livelihoods as possible at the plenary parliamentary session slated for Sept. 24, party officials said.