Under the deal, Doosan Heavy will provide floating wind turbines, while the state-run oil company will work on the overall procedures to build the floating offshore wind farm in the East Sea, the power plant builder said.

In July, the government said it plans to start building the floating offshore wind farm to generate about 6 gigawatts of electricity per year in the East Sea off the coast of Ulsan, 414 kilometers southeast of Seoul, starting in 2023. 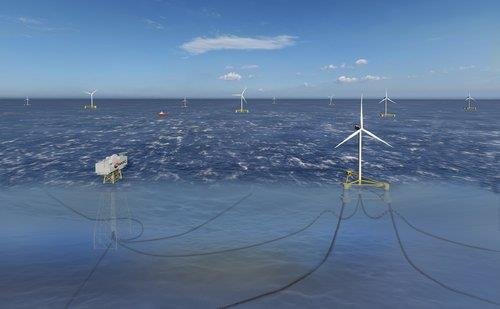 The global floating offshore wind power is projected to grow at a maximum of 19 gigawatts annually, according to a report by the Global Wind Energy Council.

After the injection of 3 trillion won by its creditors, cash-squeezed Doosan Heavy has been pushing ahead with its plan to reorganize its business line focused on fossil fuel power plants to renewable energies.