The Seoul Central District Court sentenced Chae Seung-seok to eight months in prison and a forfeit of 45.3 million won (US$37,949) for violating the Narcotics Control Act. He was placed under immediate detention after the ruling came out.

Chae, the third son of the group's Chairwoman Chang Young-shin, was indicted on charges of taking some 100 shots of propofol from September 2017 to November 2019 at a plastic surgery clinic in Seoul. He was found to have attempted to cover up his illegal drug use by making the medical staff write false charts with personal data of his acquaintances who had never visited the hospital.

He admitted to his wrongdoing and pleaded for leniency, saying he will "try to overcome the addiction and become a new man" during the court hearing.

The court denied the plea, however, on the grounds that he "habitually used propofol for more than two years and actively participated in creating the false medical chart."

Chae entered the company in 1994 and started leading its golf business from 2005. But he stepped down from his position, as a probe started into his illegal drug allegations earlier this year. 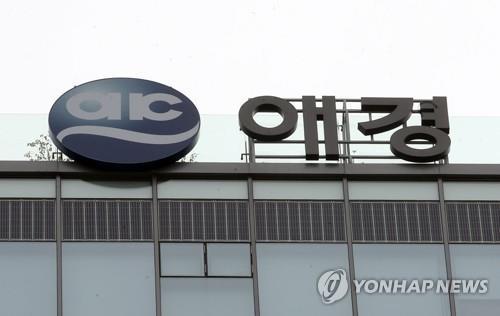