WASHINGTON, Sept. 10 (Yonhap) -- U.S. Secretary of State Mike Pompeo renewed his call on North Korea to return to the negotiating table Thursday, arguing that full denuclearization is the best thing it can do for the country and its people.

In an interview with U.S. cable network Fox News, the secretary of state said North Korean leader Kim Jong-un understands the needs of his country.

"We then hope we can one day again have a serious conversation to convince Chairman Kim that the best thing to do for the people of North Korea is to fully denuclearize and that will lead to a brighter future for the North Korean people," Pompeo said, according to a transcript of his interview released by the state department. 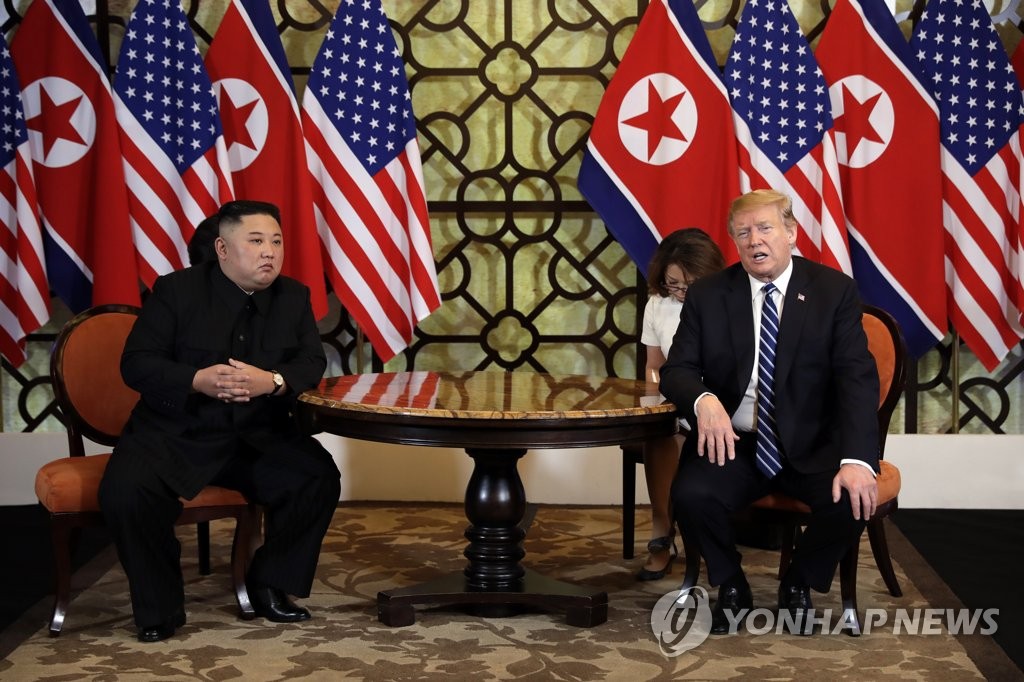 Pompeo said the Trump-Kim meeting came to be realized after he found the North Korean leader to be willing to engage in negotiations.

"I went over (to Pyongyang) when I was first CIA director. I reported back to the president that we were dealing with an adversary who understood the needs of his nation but who was prepared to engage in a conversation about his nuclear stockpile. We built out on that," the top U.S. diplomat said.

Denuclearization talks between Washington and Pyongyang have stalled since February 2019 when Trump and Kim held their second bilateral summit in Vietnam but walked away without a deal. Their first summit was held in Singapore in June 2018.

Pompeo said his mandate continues to include full denuclearization of the Korean Peninsula.

"The president's historic visit to Singapore to have his first meeting with chairman Kim some number of months later has put us in a position where I hope one day we can deliver on the fully verifiable denuclearization of the Korean Peninsula," Pompeo said.

"That's the mission that the president has given us. We're continuing to work on it," he added.