WASHINGTON, Sept. 10 (Yonhap) -- North Korea is not showing any sign of provocation, such as rolling out a new strategic weapons system, the head of the U.S. Forces Korea (USFK) said Thursday, while insisting the impoverished North may be too caught up in tackling the COVID-19 pandemic and the amplified effects of sanctions. 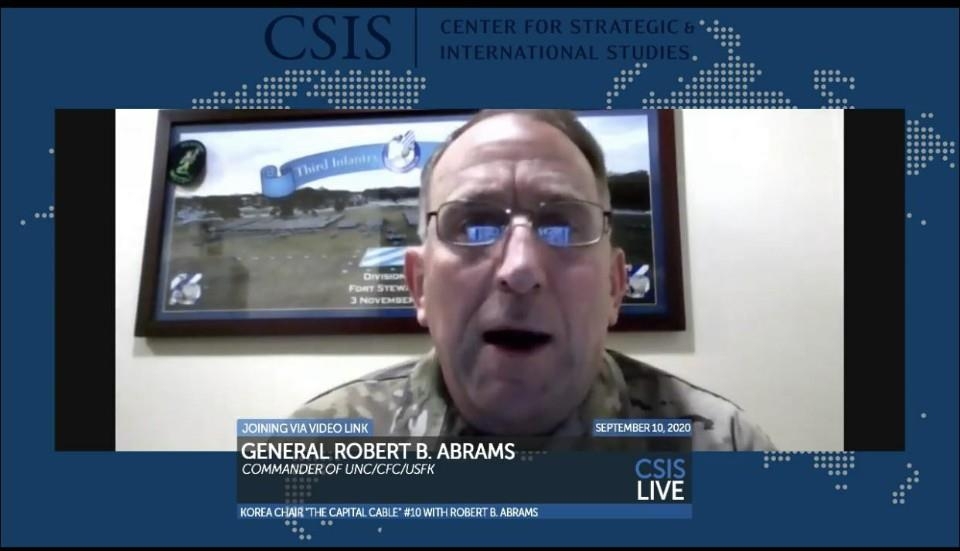 Abrams argued that the impoverished North, as well as its military, may be too caught up with keeping the country whole against international sanctions whose intended effects may be coming to full force and amplified by the COVID-19 pandemic.

Abrams, who also heads the United Nations Command in Korea, said things were "pretty calm" and "steady" along the inter-Korean border.

(LEAD) N. Korea showing no sign of 'lashing out' in near future: USFK chief

(LEAD) N. Korea showing no sign of 'lashing out' in near future: USFK chief