Quoting excerpts from an upcoming book by Washington Post associate editor Bob Woodward, USA Today reported that Trump had actually called for a withdrawal of troops from South Korea.

"The president, in the book, complains about military obligations around the world, saying the United States has become 'suckers' to NATO members and other allies like South Korea," the report said. 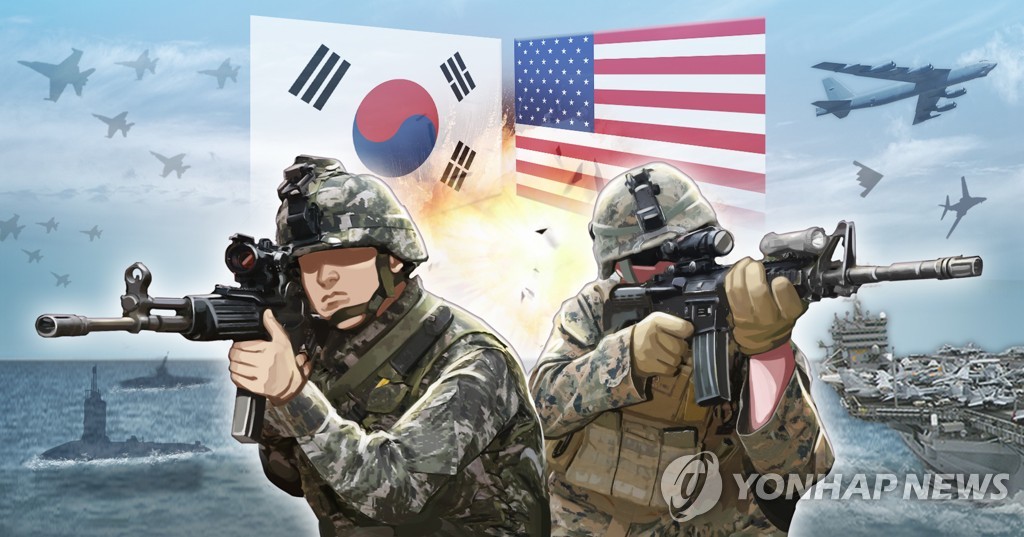 The book also describes how Trump was unhappy with U.S. alliances, questioning the value of the North Atlantic Treaty Organization while interviewing James Mattis for the defense secretary job.

"In just one example, Trump wanted to withdraw U.S. troops from Afghanistan and South Korea," Woodward said in the book, according to the report. "There was a rush. Instantly. 'Get them out!' Trump had commanded."

The U.S. has been seeking to sharply increase South Korea's share of the cost in keeping 28,500 American troops.

Seoul and Washington have held several rounds of defense cost-sharing negotiations, but the talks have been deadlocked due to a large gap between the sides.

South Korea has offered to up its burden sharing by 13 percent from the US$870 million it paid last year under the agreement known as the Special Measures Agreement.

"We're protecting South Korea from North Korea, and they're making a fortune with televisions and ships and everything else. Right? They make so much money. Costs us $10 billion. We're suckers," Trump was quoted as once telling Woodward.

Woodward's new book, "Rage," is set to be released Tuesday.