WASHINGTON, Sept. 10 (Yonhap) -- The top South Korean diplomat in the United States on Thursday offered gratitude to American veterans who fought in the Korean War, noting their sacrifice allowed his country to survive and now flourish.

"Ultimately, that progress is achieved because of the sacrifices that United States veterans made for freedom and democracy 70 years ago," Ambassador Lee Soo-hyuck said in a virtual seminar marking the 70th anniversary of the 1950-53 Korean War.

"Thanks to their contributions, Korea is now one of the most flourishing economies and stable democracies in the world, as well as a close partner of the United States," Lee added in the webinar hosted by the Washington-based George Washington Institute for Korean Studies. 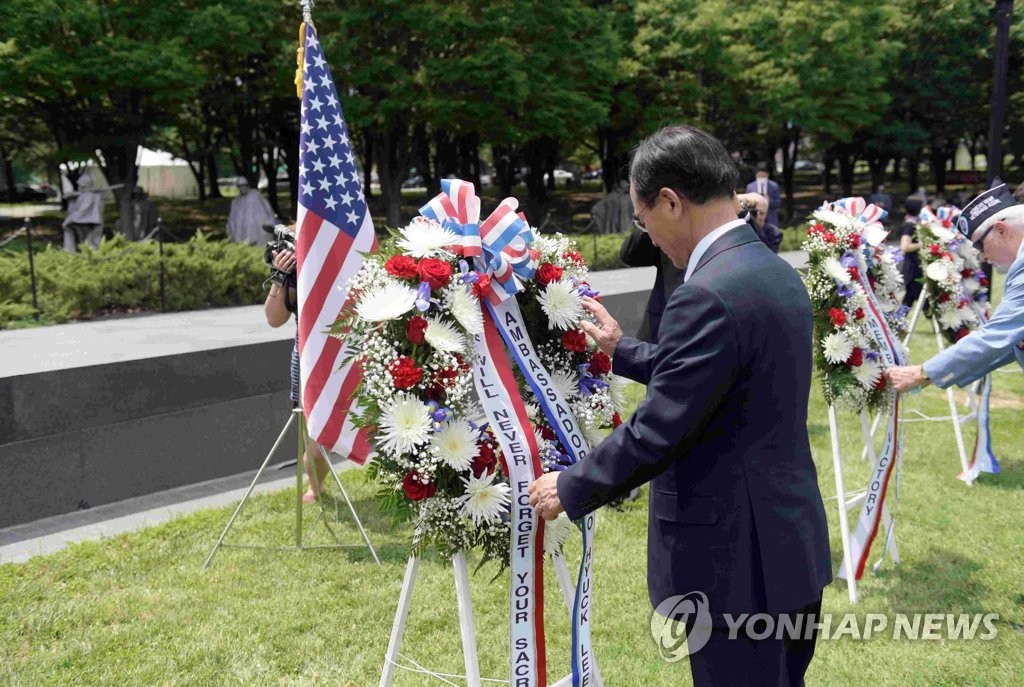 The ambassador said the Korea-U.S. alliance had long helped ensure peace and security on the Korean Peninsula and Northeast Asia but has now become a more comprehensive partnership that promotes joint economic prosperity and cooperation.

"Today, Korea stands as a robust partner with the United States in every aspect," he said.

"I devote myself every day to deepening our bilateral alliance, the linchpin of peace and security on the Korean Peninsula, as well as Northeast Asia."

He added the countries were also working together to tackle the COVID-19 pandemic.

"We are still assisting each other, including by sharing our experience on how to run an election during the pandemic, as Korea successfully did in April," Lee said, referring to the National Assembly elections held earlier in the year.

Keywords
#Korea-U.S. alliance
Issue Keywords
Most Liked
Most Saved
Most Viewed All Categories
Most Viewed More
Most Viewed Photos