Choi reached the agreement during talks with U.S. Deputy Secretary of State Stephen Biegun in Washington. The two sides also agreed to bring the issues of defense cost-sharing up to the vice ministerial level, Choi said.

"At the consultation, (the sides) agreed to newly establish a tentatively named 'Alliance Dialogue,' which would be a working-level consultation body between director-level officials from the two countries' foreign ministries," Choi said. 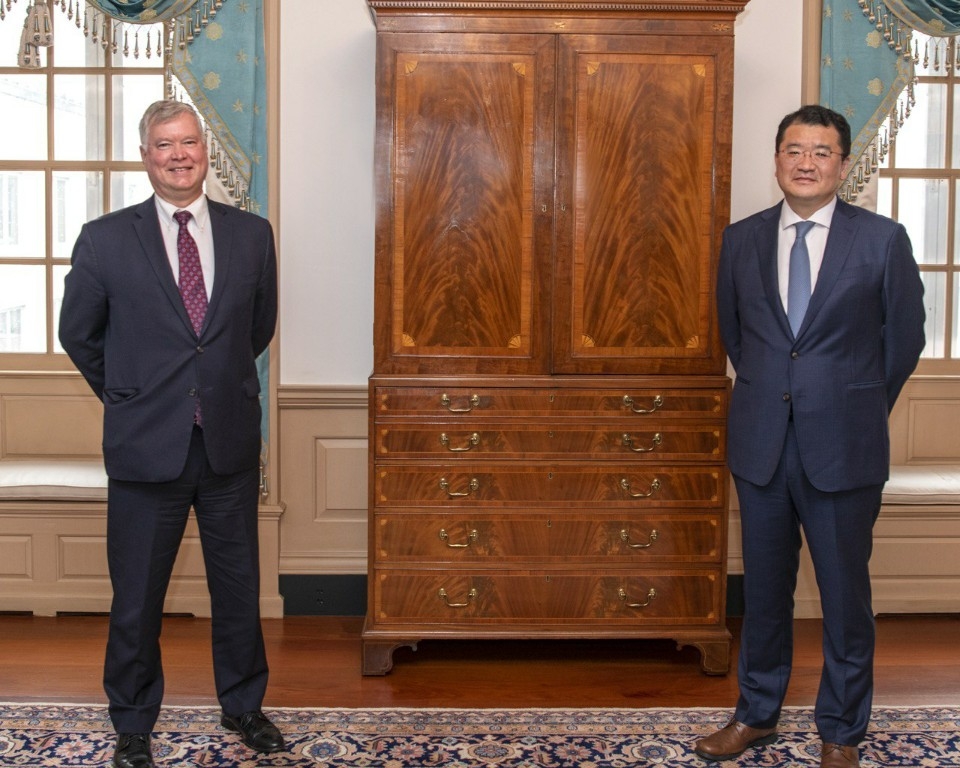 He said the new dialogue channel would be an extension of efforts to continue and enhance the countries' cooperation.

"You may see the move to constantly discuss alliance issues and notify each other through this director-level communication channel as part of such efforts," he told reporters in Washington.

His trip came about three weeks after he was appointed the first vice foreign minister. He previously served as a secretary at the National Security Office of the presidential office Cheong Wa Dae.