North Korea has been reeling from damage done by three recent powerful typhoons that flooded streets, houses and farming areas. The back-to-back natural disasters have weighed on its already fragile economy suffering from the fallout from Pyongyang's prolonged anti-pandemic campaign and global sanctions led by the United States.

"Unexpected challenges have been accumulated in our way toward building a powerful country," the Rodong Sinmun, the official newspaper of the ruling party, said. "United mind and solidarity is the most powerful weapon that guarantees our country's existence."

"In the face of pressure and arbitrariness by imperialists, the strongest power required to safeguard our country's rights to sovereignty, survival and development is the unity of people and the party," the paper added.

The paper said that even high-tech armed equipment can exert its intended power only when it is in the hands of united people.

"The road toward national richness and prosperity will never be broad and wide," the paper said. "But there will be no challenges insurmountable if our people strongly gather behind the party and inherit the tradition and spirit of unity."

Maysak came as the North was scrambling to recover from a previous storm and heavy downpours that hit its western and eastern provinces in recent weeks. Typhoon Haishen, the 10th tropical storm of the season, hit its eastern region earlier this week.

On Tuesday, leader Kim Jong-un held a party meeting to discuss typhoon damage, saying that he has to change "the direction of our struggle in the face of unexpected damage" caused by recent storms, apparently referring to his economic development plans. 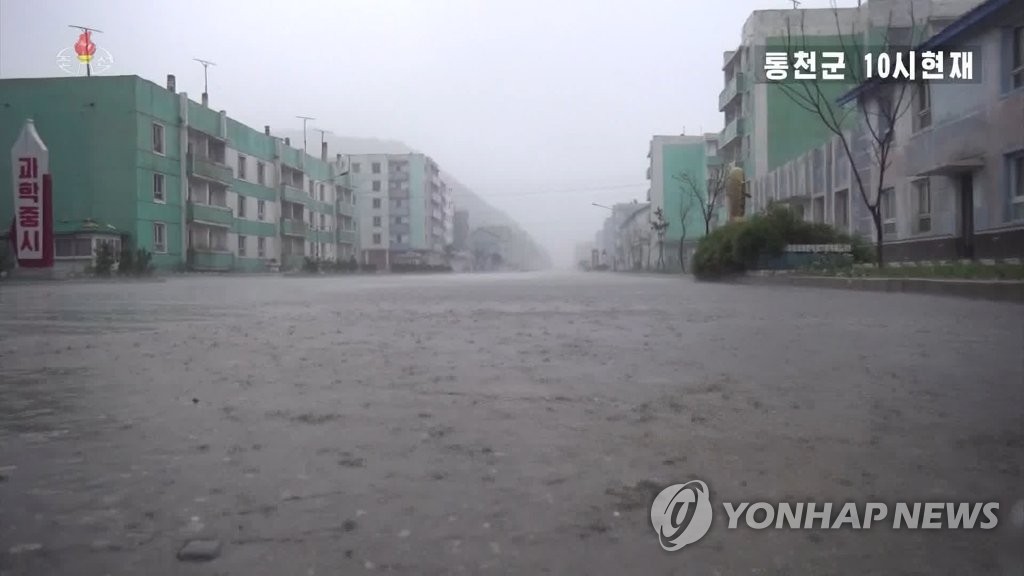