SEOUL, Sept. 11 (Yonhap) -- South Korea's consumption has shown signs of slowing down due to a recent resurgence of new coronavirus infections, but the pace of decline in exports eased, the finance ministry said Friday.

In a monthly economic report, called the "Green Book," the Ministry of Economy and Finance also flagged the economy's continuing uncertainty stemming from the virus resurgence.

"South Korea's indicators of domestic consumption took a turn for the worse because of a resurgence of COVID-19 and the elevated social distancing rules," the report said. 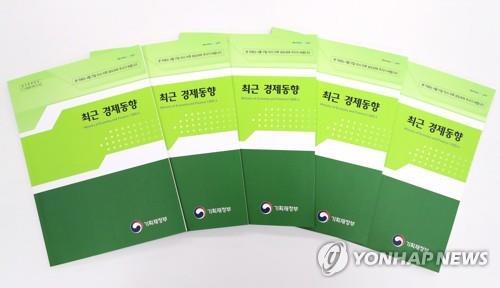 The country's consumer sentiment index came to 88.2 last month, well below the benchmark 100.

In August, South Korea's exports sank 9.9 percent from a year earlier, but it was lower than double-digit declines in May and June, thanks to the easing of lockdowns in major economies.

The report also said South Korea's business confidence remained below par but continued to improve in August amid the country's stable financial markets.