The U.S. sanctions, which ban the supply of semiconductors made with American equipment or software to Huawei without prior approval from Washington, are set to take effect next Tuesday.

As U.S. technologies are used in almost all sectors of chip production, Samsung, the world's top memory chipmaker, is expected to halt its semiconductor shipments to Huawei next week. Even if the company applies for a U.S. permit, experts said it is unlikely that Washington will approve Samsung's request.

"Basically, the U.S. government's basic principle is to not issue licenses for Huawei-related chip products," Rhee Soo-mi, a lawyer at Arnold & Porter who specializes in national security issues, said in a recent online conference. "Even if the companies apply for a license, it will take a long time because the process is complicated and various U.S. agencies will review the application. It could take more than a year to get the license."

Analysts said Samsung will see the fallout of the U.S. ban on Huawei, but it will actually help the South Korean tech giant's businesses in the long term, especially its mobile business.

"Samsung may suffer a decline in orders due to U.S. sanctions on Huawei and other Chinese semiconductor firms," said Kim Dong-won, an analyst at KB Securities. "But it will serve as an opportunity to expand its market share and secure new clients, so in the long term, there will be more benefits than losses."

Kim added the Huawei ban could actually benefit the DRAM market, and Samsung will not have to worry about Chinese chip producers like CXMT and YMTC expanding their market share.

Analysts said Samsung will likely see the most benefits from the Huawei ban in its mobile business as the two are direct competitors.

According to industry tracker International Data Corp. (IDC), Huawei overtook Samsung as the world's largest smartphone vendor in the second quarter of the year. The Chinese firm had a 20 percent market share, beating Samsung with a 19.5 percent share.

But analysts expected that Huawei's position in the smartphone market will decline since the U.S. ban will undermine the company's efforts to secure smartphone components. 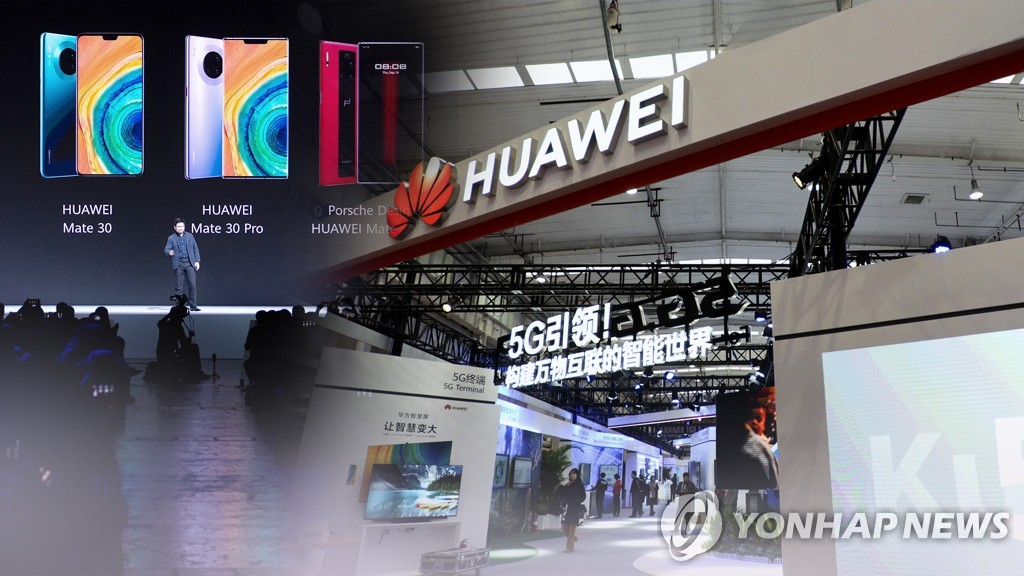 "In the worst-case scenario, there is a possibility that Huawei may have to close its mobile business," said Lee Kyu-ha, an analyst at NH Investment & Securities. "The global smartphone market will reshape into a two-horse race with Samsung and Apple in leading positions."

Samsung's mobile business will particularly see benefits from the Huawei ban outside China, according to Park Hyung-wou, an analyst at Shinhan Financial Investment. Last year, 41 percent of Huawei's smartphone sales occurred outside its home turf.

"Considering its product lineup and the portion of its smartphone sales by price band, Samsung will see the most benefits from the Huawei ban outside China," Park said. "Samsung could see a smartphone shipment increase of 31 million units."

Analysts said Samsung can also expand its presence in the 5G network equipment market, which Huawei has been dominating.

According to market researcher Dell'Oro Group, Huawei's market share was 35.7 percent in the first quarter of 2020, far above Samsung's 13.2 percent share for the fourth spot.

But Samsung has been pushing to secure more orders while the U.S. pressures other countries to not use Huawei's equipment. Samsung earlier this week announced it has bagged an order worth 7.9 trillion won from U.S. telecom giant Verizon to supply 5G solutions for the next five years.

"With demand shifts from the U.S. ban on Huawei and countries' push for 5G base station investment, Samsung's network equipment will post a good performance," said Doh Hyun-woo, an analyst at NH Investment & Securities.

Samsung to benefit from Huawei ban in long run: analysts

Samsung to benefit from Huawei ban in long run: analysts