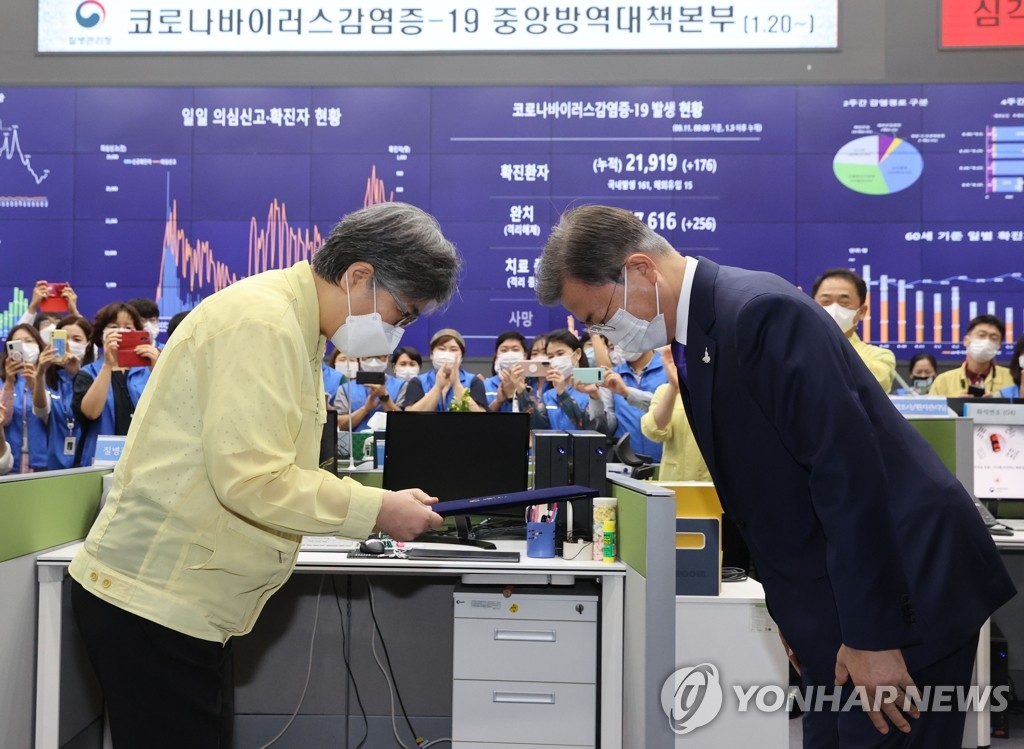 Moon did not want to call in the "field commander" in the national fight against the virus, a Cheong Wa Dae official said on the condition of anonymity.

For more than half a year, Jeong has been steering the nation's on-site anti-coronavirus efforts.