SEOUL, Sept. 11 (Yonhap) -- Samsung Electronics Co. further expanded its dominance in the domestic smartphone market in the second quarter of the year, a report showed Friday, thanks to robust sales of the Galaxy A budget line and Galaxy S20 series.

Samsung accounted for a 67 percent market share in the April-June period on its home turf, according to industry tracker Counterpoint Research, up 3 percentage points from the previous three months. 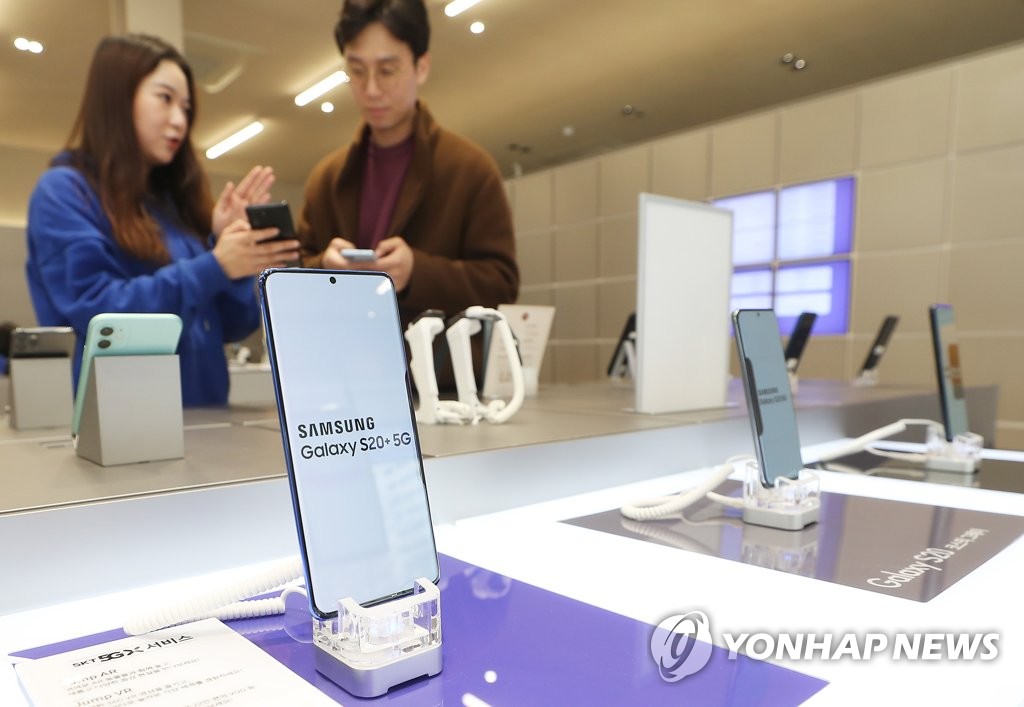 Apple's iPhone SE, launched in May, was the bestselling smartphone model in the second quarter of 2020 in South Korea, followed by Samsung's Galaxy S20 Plus and S20 devices.

Half of the top 10 bestselling smartphones in the second quarter were Galaxy A models from Samsung, according to Counterpoint Research, indicating that local consumers opted to purchase budget handsets amid the pandemic.

Sales of smartphones priced below US$400 accounted for 45 percent in the second quarter, up from 33 percent a year earlier.

Counterpoint Research said second-quarter smartphone sales in South Korea increased 9 percent from the previous quarter but were 8 percent down from a year earlier.