Former Suwon Samsung Bluewings star Park Kun-ha was named the new head coach of the K League 1 club Tuesday, and he has been tasked with turning things around immediately for the slumping team.

Park will be thrown right into the fire, with his head coaching debut to come against Suwon's longtime nemesis, FC Seoul, on Sunday.

Gone are the days when the showdown between these two clubs was hyped up as the "Super Match." With both clubs playing at massive stadiums, this derby has had little trouble drawing huge crowds, over 50,000 at times. 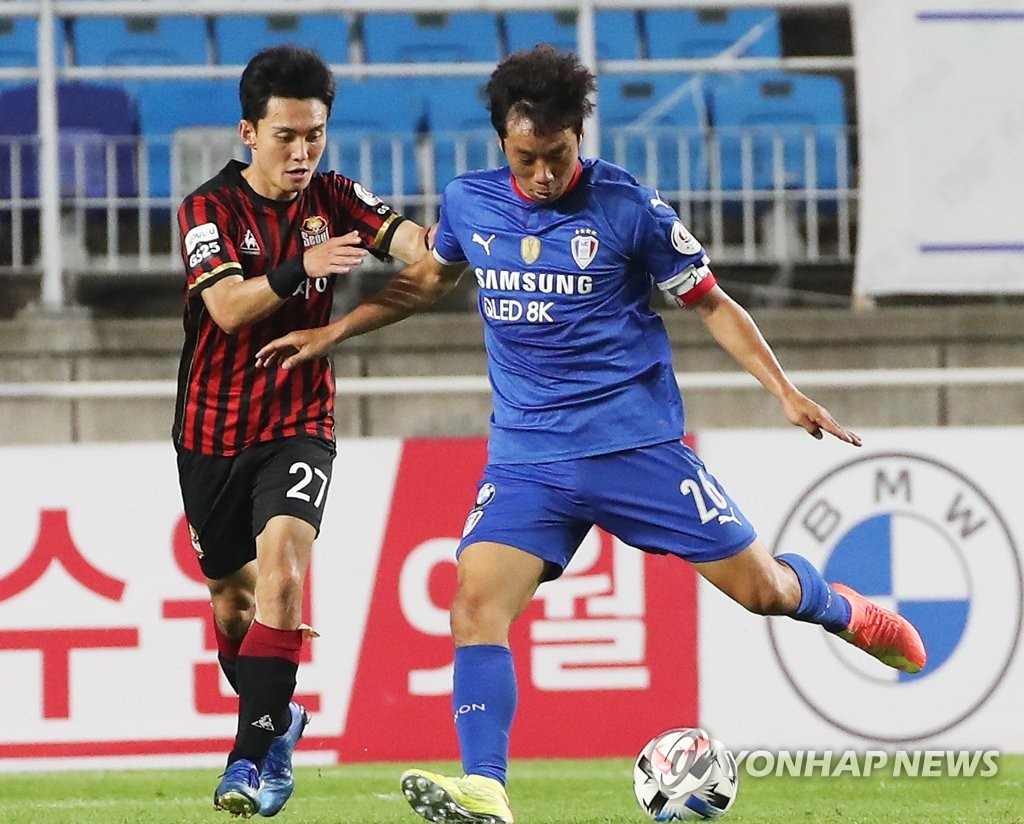 Much has changed this year. For one, there will be no fans in the stands when Suwon visit FC Seoul at Seoul World Cup Stadium at 5:30 p.m. Sunday. With the coronavirus still in force, all sports games in South Korea are being played without spectators.

And secondly, both Suwon and FC Seoul are barely staying afloat this year and both have gone through a coaching change. Even if fans were allowed to attend, it's doubtful there would have been much excitement.

Suwon are second from last in 11th place with 17 points, only three ahead of Incheon United. Seoul are in ninth place. They're tied at 21 points with three other clubs but lag behind in the first two tiebreakers: goals scored and goal difference.

Suwon put up just two wins in the eight matches after Lee Lim-saeng stepped down as head coach in July and his assistant Joo Seung-jin stepped into the interim role. But Joo could only stay on for 60 days because he didn't have the required head coaching license, and his application to earn that license was rejected by the Korea Football Association, leading to Park's hiring. 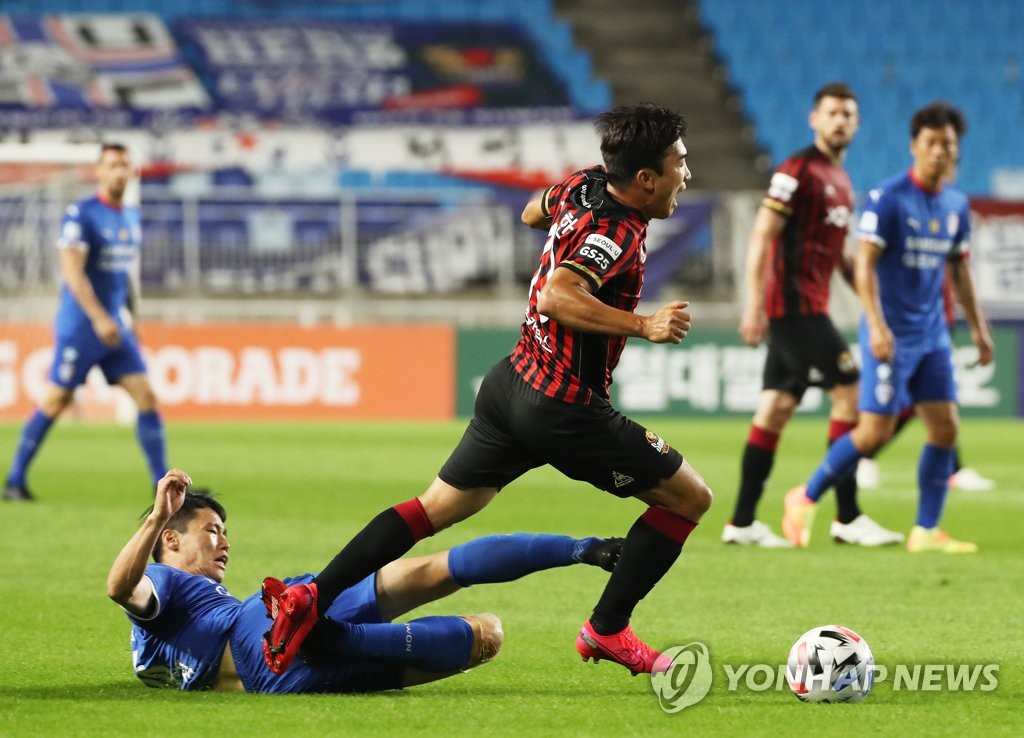 Seoul won their first three matches under interim boss Kim Ho-young, following the departure of longtime head coach Choi Yong-soo. But they have since come back down to earth, with a loss and two draws in their past three matches.

Incheon United, with three victories in four contests, will look to keep riding the wave against Busan IPark, starting at 7 p.m. Sunday in Busan, 450 kilometers southeast of the capital.

Busan have just one win in their last six in their first season following the promotion from the K League 2.

In an unlikely but not impossible scenario, Incheon could climb out of the cellar and move into 11th if they beat Busan by scoring at least four goals and if Suwon lose to Seoul without scoring any goal. 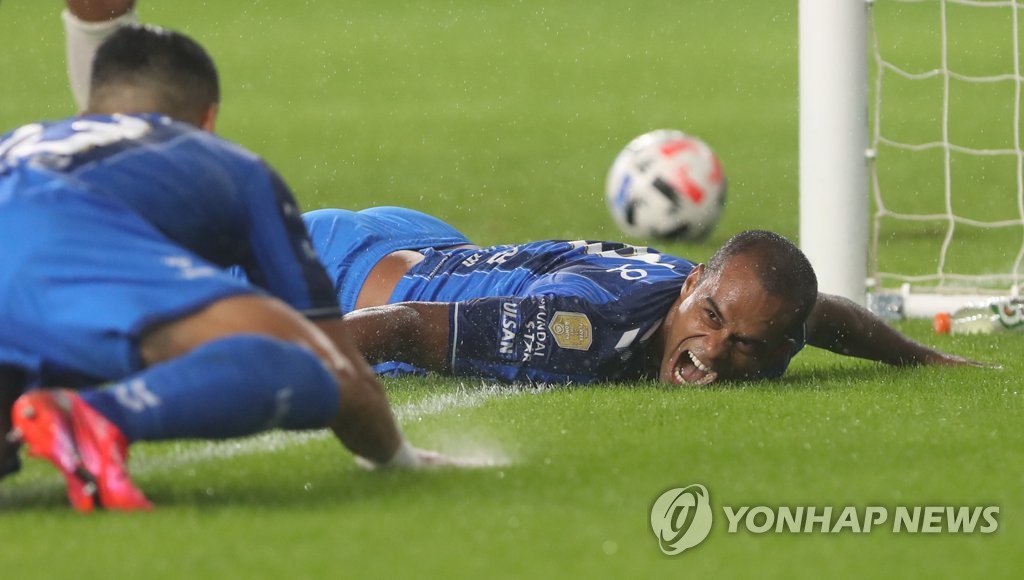 Few would have thought Incheon would even get to this point after going the first 15 matches of the season without a win -- 10 losses and five draws.

On Saturday, the two leading clubs will both be in action: the top-ranked Ulsan Hyundai FC hosting Daegu FC at 7 p.m. and the No. 2 Jeonbuk Hyundai Motors visiting Gwangju FC.

Ulsan, on a nine-match undefeated run, have opened up a five-point lead, 46-41, over Jeonbuk, which have lost two straight after winning the previous four.

Jeonbuk will at least catch a bit of a break this weekend, as Gwangju will be without key forward Willyan da Silva Barbosa. He has been suspended for the next two matches after getting sent off on a direct red card in last week's match.

Ulsan haven't lost to Daegu in their past 10 meetings. Their Brazilian marksman Junior Negrao will look to add to his league-leading total of 22 goals. With 1.16 goals per game through 19 contests, he remains on pace to match or break the league's single-season record of 31 goals. 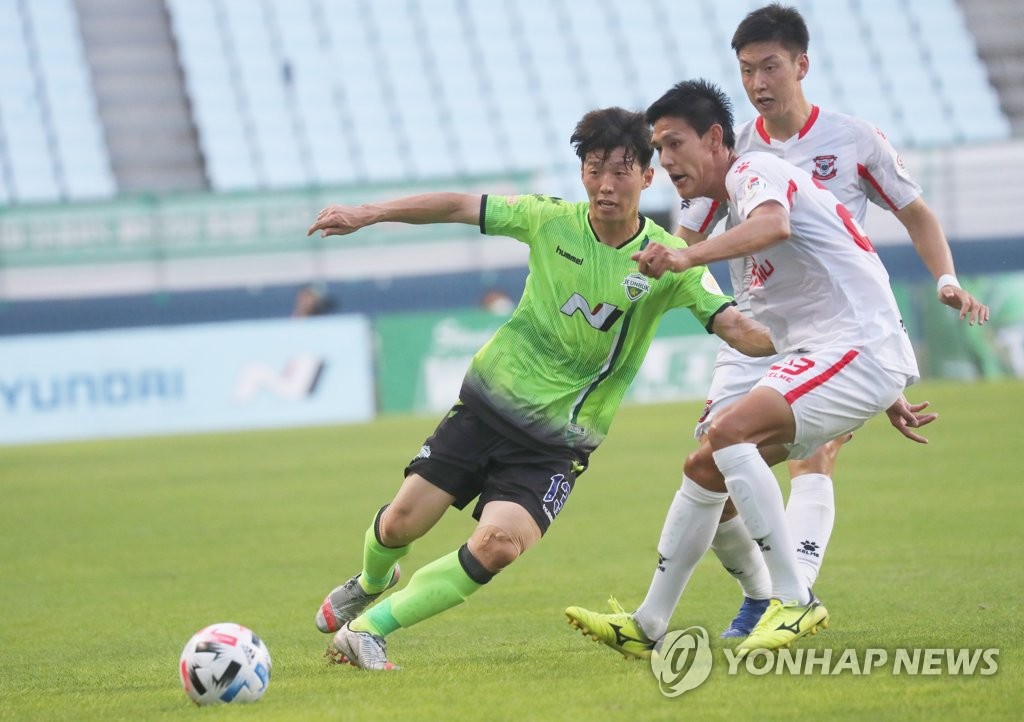