Kang and her counterparts from more than two dozen countries, including 10 member states of the regional bloc, are expected to join the video-linked ASEAN Regional Forum (ARF) on the last day of a series of ASEAN-related virtual gatherings that began Wednesday. 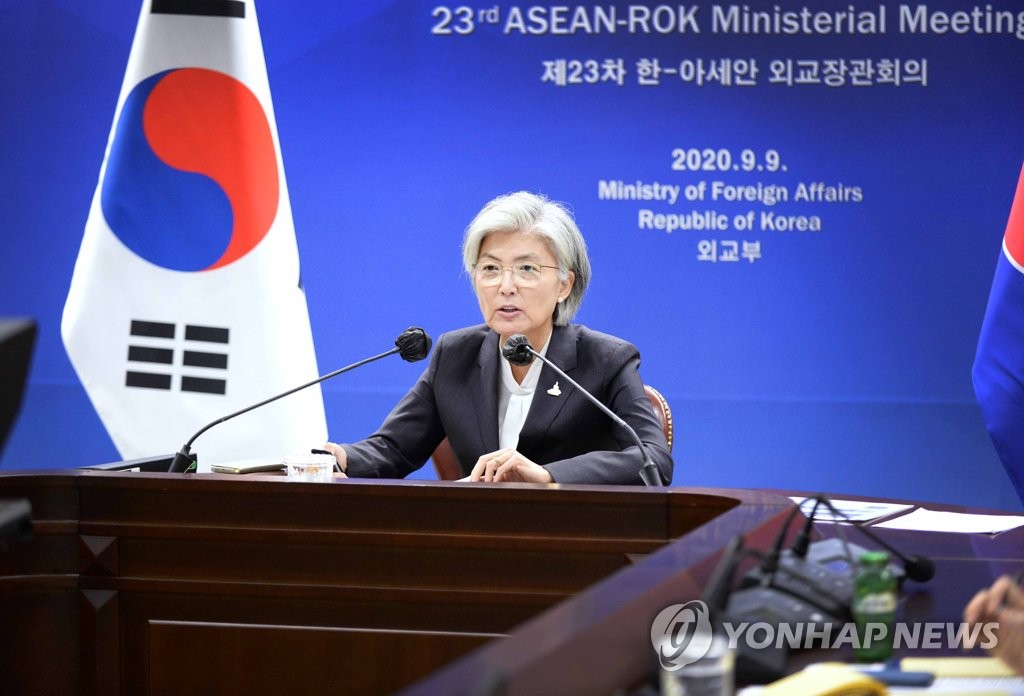 North Korean Foreign Minister Ri Son-gwon will not join the session, Vietnam, this year's host of the ASEAN gatherings, has said. Instead, Pyongyang is expected to send a senior diplomat in Hanoi to the ARF session.

Kang is expected to use the multilateral session to reiterate Seoul's commitment to resuming dialogue with Pyongyang and pushing for inter-Korean cooperation in humanitarian and other areas that are not subject to international sanctions.

Seoul's push for inter-Korean rapprochement and lasting peace on the divided Korean Peninsula has been thrown into doubt amid a deadlock in nuclear negotiations between Washington and Pyongyang.