The volume of power consumed by the nation's industrial sector reached 23,468 gigawatt-hours (GWh) in July, down 4.6 percent from a year earlier, according to the data from Korea Electric Power Corp. (KEPCO), South Korea's state-run utility.

The figure is the lowest industrial power consumption for July since the 23,238 GWh recorded in the same month in 2016. 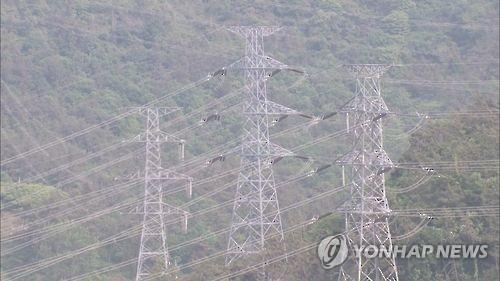 It also marks the fifth consecutive month of on-year decline this year, as the coronavirus pandemic has pounded industrial activity and the overall economy.

Industrial electricity sales are often considered a yardstick of industrial activity, as companies use more power when business is good and cut back when demand is low.

The country's overall power consumption shrank 2.1 percent on-year to 42,068 GWh in July, also the lowest since the same month in 2016 and marking the fifth straight month of an on-year drop.

In the first seven months of the year, overall power sales contracted 2.8 percent from a year earlier, with full-year power consumption expected to dip for the second straight year.
(END)