In a survey by Gallup Korea released Friday, Lee of the ruling Democratic Party (DP), maintained a 1 percentage point lead over Lee Nak-yon, the party's chief and a former prime minister.

The gap between the two remained within the margin of error of 3.1 percentage points of the poll, which was conducted on 1,002 voters across the country from Tuesday to Thursday. 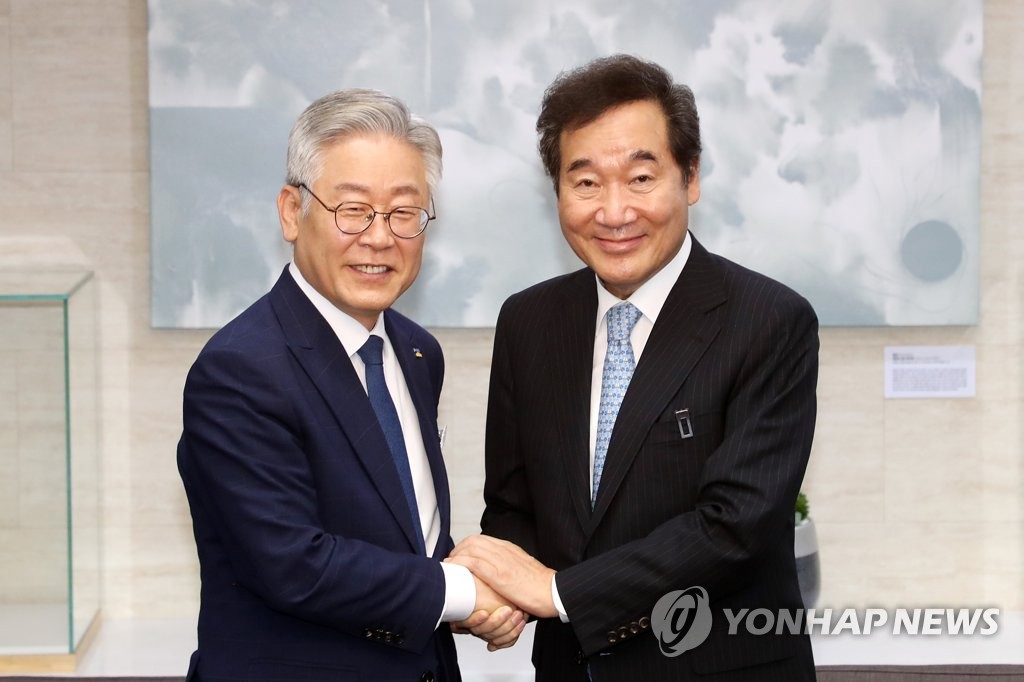 "Until July, Chairman Lee had a resounding lead with a mid-20 percent support rating, but Gov. Lee surged last month, shaping a two-horse race between them," the pollster said.

The liberal governor's popularly jumped after the Supreme Court overturned his conviction of election law violations in mid-July.

Lee Nak-yon's support also got a boost when he was elected party chairman on Aug. 29.

But among supporters of the DP, the party leader was far ahead of the governor with 40 percent versus 28 percent.

"It is still too close to call, given a presidential nominee is picked at party primaries," Gallup Korea added.

The DP remained more popular than the main opposition People Power Party with 39 percent versus 19 percent.

Both approval and disapproval ratings of President Moon Jae-in rose 1 percentage point from last week to 46 percent and 45 percent, respectively.

Respondents approving of his performance cited the government's response to COVID-19, while negative assessments are largely attributable to a prolonged economic slowdown, the poll showed.
(END)