It also topped Netflix's best movie charts in 35 countries, including the United States and France. 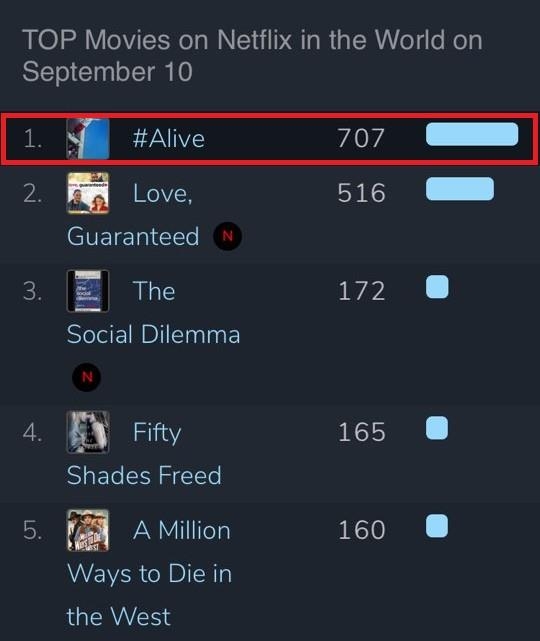 "#Alive" is the first South Korean-made content involving a film or a TV series to attain the No. 1 position on the Netflix movie charts in the U.S. or Europe, according to Lotte Entertainment.

Directed by Cho Il-hyung, known as Il Cho abroad, "#Alive" is a story about two survivors isolated in an apartment complex where its residents are infected by a mysterious virus. Released in June, the film has attracted 1.9 million admissions in South Korea. 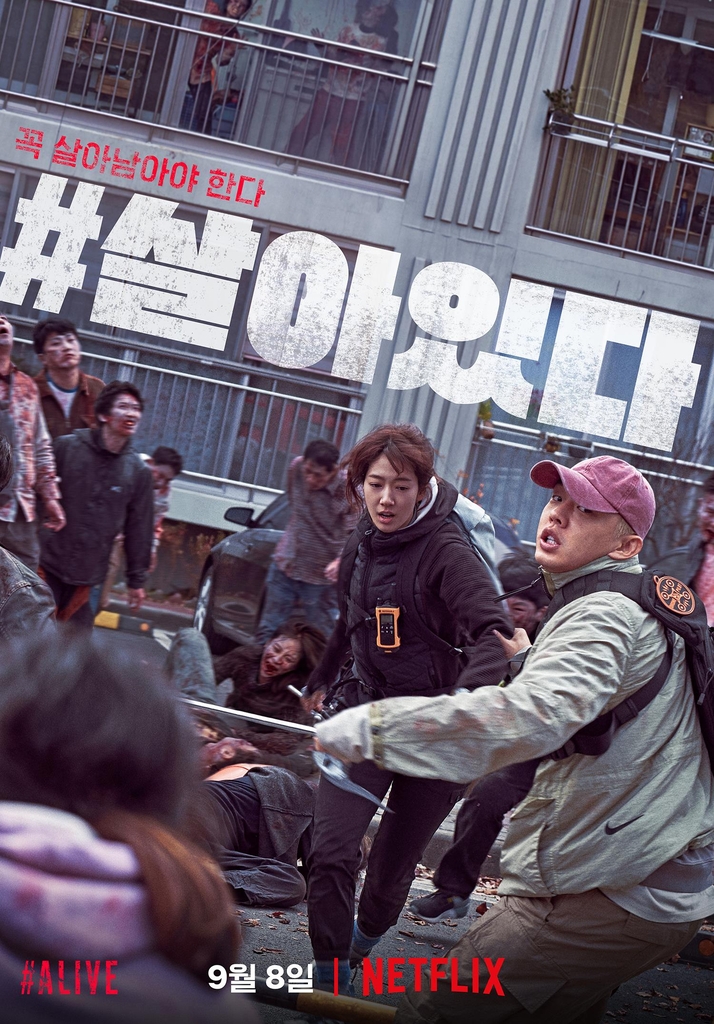