Lee Cheol-won served as head of the Republic of Korea Army Support Group for the U.S. Eighth Army when Choo's son, surnamed Seo, served in its 2nd Infantry Division in Uijeongbu, north of the capital.

Choo has come under fire over allegations that she used her influence as the then chairwoman of the ruling Democratic Party to seek preferential treatment for her son, including extended medical leave.

In a statement to the press, Lee addressed the allegations that Choo's family pushed to get Seo, now 27, selected as an interpreter for the 2018 PyeongChang Winter Games. The family is also suspected of trying to get him assigned to the Yongsan Garrison in central Seoul, not in Uijeongbu. 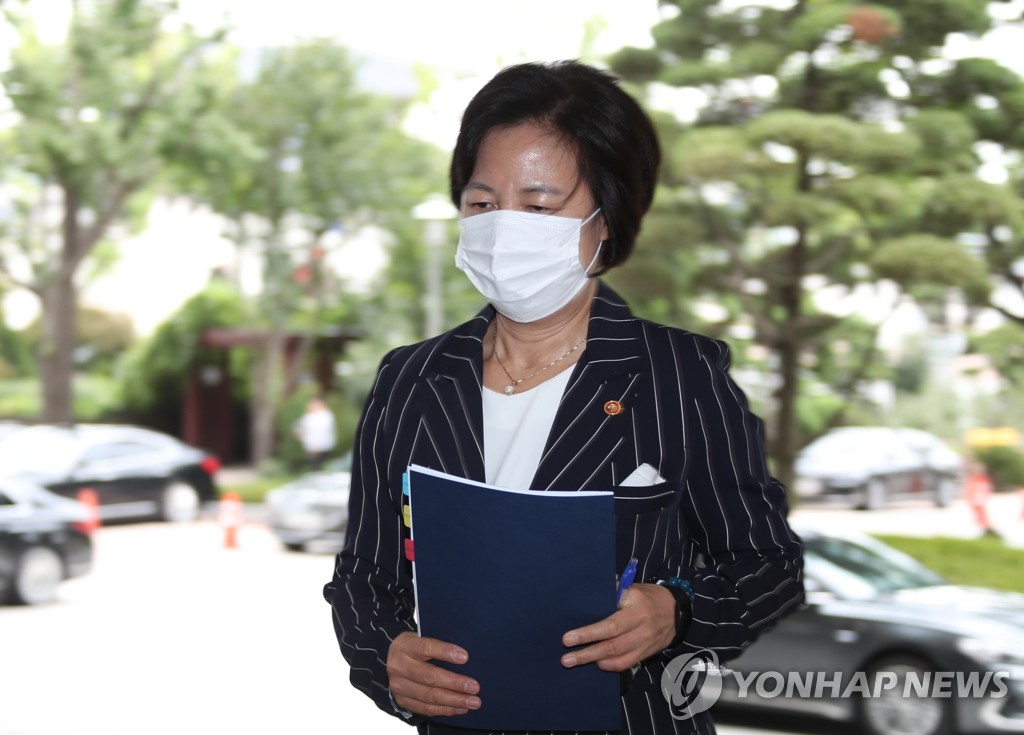 "After the Ministry of National Defense announced plans to select interpreters, staff officers reported to me that there were many phone calls seeking special favors for Seo, and that (such) phone calls were also being received at the 2nd Infantry Division," Lee wrote.

The colonel said he informed his staff of the potential problems caused by such requests and ordered the selection of interpreters by lot.

He also said a staff officer told him about an inquiry regarding Seo's possible assignment to Yongsan Garrison. That officer, according to Lee, told the inquirer that it was not possible and explained the steps involved in assigning units.

The colonel is one of several whistleblowers in the case.

The allegations raised by him and others have led to calls for a swift investigation, which prosecutors began in January, and opposition demands for Choo's resignation.

Lee, however, denied reports that he met with Seo's family at a ceremony for new recruits to urge them not to request special favors.

News reports had attributed this allegation to Lee, citing his phone conversation with an aide to Rep. Shin Won-sik of the main opposition People Power Party.

"With these reports of special favor requests in mind, I stressed in my address that there should be no such requests," he said in the statement, adding that the speech was not directed at Seo's family nor was there a separate meeting with them.

"This incident must cease to be a political football and serve as the basis for changing the favor-seeking culture in the military," he added. "I wish to see this incident resolved in a just and fair manner."