SEOUL, Sept. 11 (Yonhap) -- The Busan International Film Festival (BIFF) will be staged two weeks behind schedule and on a lower scale due to the coronavirus pandemic, its organizer said Friday.

The biggest film festival in Asia was initially to be held from Oct. 7-16, but the secretariat decided to postpone it until Oct. 21 over COVID-19 concerns after the traditional Chuseok holiday at the end of this month.

It also decided not to stage opening and closing ceremonies as well as other outdoor events, and no one from abroad will be invited.

Some of the affiliated events, including the Asian Film Market, will be held virtually, according to the organizer.

If the coronavirus situation gets worse or the government strengthens social distancing schemes, the festival could be called off altogether, the organizer noted.

South Korea is struggling to stem the spread of the new coronavirus after a surge in confirmed cases since mid-August. It has since implemented the Level 2 social distancing scheme in Busan and other parts of the country, except for Seoul and the surrounding capital area where a tougher guidance has been in place.

Since 1996, the film festival has been held every year in the southeastern port city. 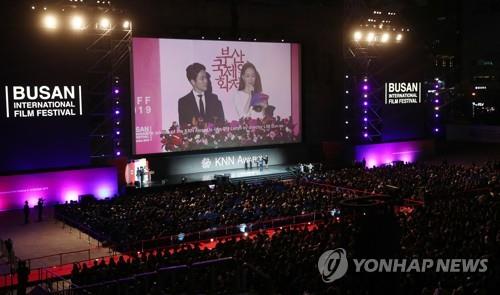 Scaled-down Busan film festival to be held this year, two weeks behind schedule

Scaled-down Busan film festival to be held this year, two weeks behind schedule