SEOUL, Sept. 12 (Yonhap) -- South Korean First Vice Foreign Minister Choi Jong-kun said Saturday that Seoul and Washington are committed to launching a new working-level dialogue later in the fall, rejecting speculation that the two sides are not on the same page on the matter.

Choi returned home Saturday from a trip to Washington, where he met U.S. Deputy Secretary of State Stephen Biegun on Thursday for discussions on ways to strengthen the countries' alliance. 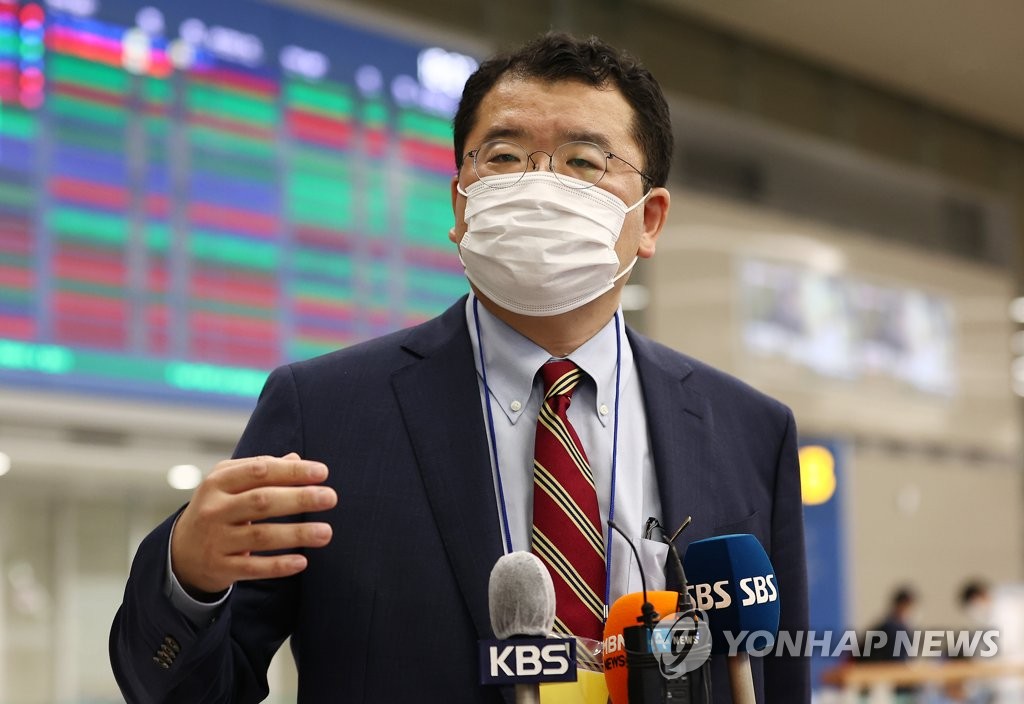 There was no mention of the new dialogue in the state department's press release Friday, and a South Korean newspaper claimed Saturday, citing an unnamed source, that the U.S. never agreed to the Alliance Dialogue in the first place.

Speaking to reporters at Incheon International Airport, Choi insisted the two sides will continue to work toward holding the first Alliance Dialogue in October.

"Deputy Secretary Biegun and the U.S. side wholeheartedly agreed with (the new form of dialogue)," Choi said. "The purpose of the dialogue is to allow director-level officials and vice ministerial officials to engage in constant and quick consultation on a wide range of issues." 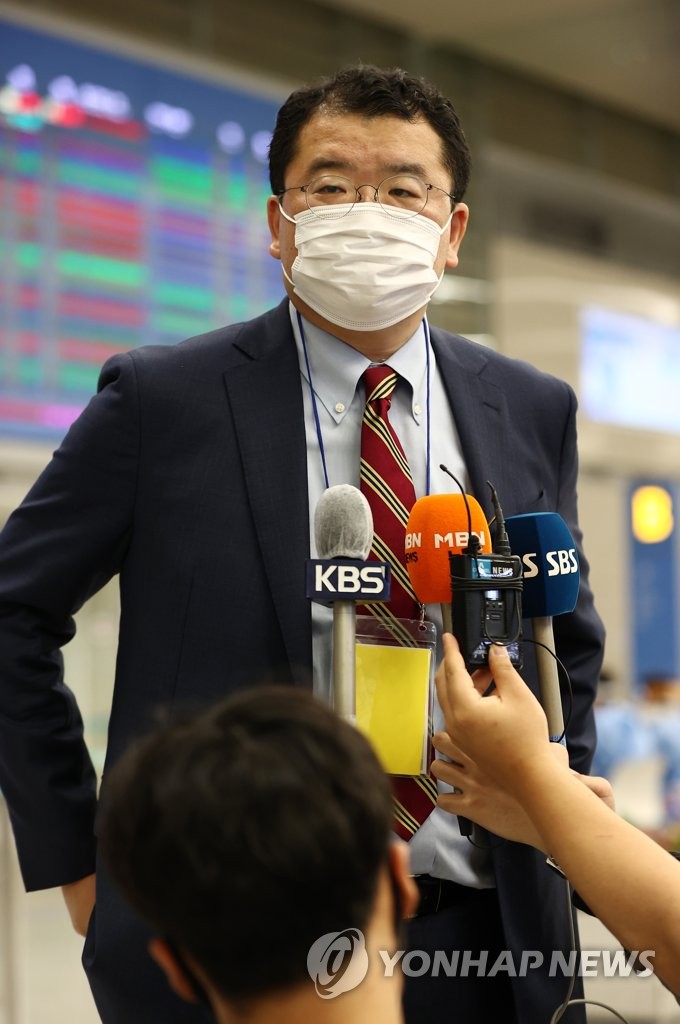 As for the absence of the dialogue in the state department's press release, Choi said it did not necessarily mean the two sides had disagreements.

"In our press releases, we would each include issues that we want to highlight," Choi said. "For instance, the U.S. release mentions coordination on COVID-19 response, but ours doesn't."

As for talks on China with Biegun, Choi said he was not pressured to take one side over the other, though the U.S. looks to keep China's growing presence in the Indo-Pacific in check.

"I explained that with the Korea-U.S. alliance at the foundation, we remain close to China strategically, economically and socially," Choi said.
(END)