SEOUL, Sept. 12 (Yonhap) -- The United States Department of Justice has filed a criminal complaint against a North Korean man suspected of killing Kim Jong-un's half brother on charges of violating sanctions placed on the communist regime.

The justice department on Friday (Washington time) announced a criminal complaint charging Ri Jong-chol and two others with "conspiracy to violate North Korean Sanctions Regulations and bank fraud, and conspiracy to launder funds."

Ri is suspected of murdering Kim Jong-nam, the half brother of the North Korean leader, in 2017 in Malaysia. Ri was taken into custody but was later released due to lack of evidence. 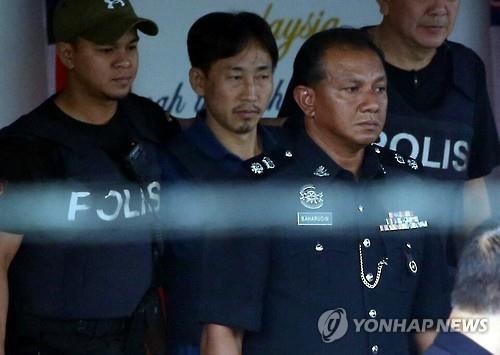 John C. Demers, assistant attorney general for national security, added, "These defendants allegedly violated U.S. sanctions by lying to international financial institutions in order to dupe them into processing transactions in U.S. dollars which they would not otherwise have cleared. The Department of Justice will continue to investigate and prosecute violations of the North Korea sanctions so that one day that country may rejoin the community of nations."

Court documents said Ri was the deputy director of a company sanctioned by the U.S. treasury department, which referred to the company as a subordinate of the North Korean military.

The FBI's Minneapolis field office is investigating the case, the justice department said.