The affiliate of Samsung Group said its new power inductor measures 0.8 millimeter in width and 0.4 mm in length, which is a significant decrease from the industry's previously smallest product with a width of 1.2 mm and a length of 1 mm. The latest product also has a thickness of 0.65 mm.

A power inductor is a component necessary to supply stable electricity coming from the battery to the semiconductor. 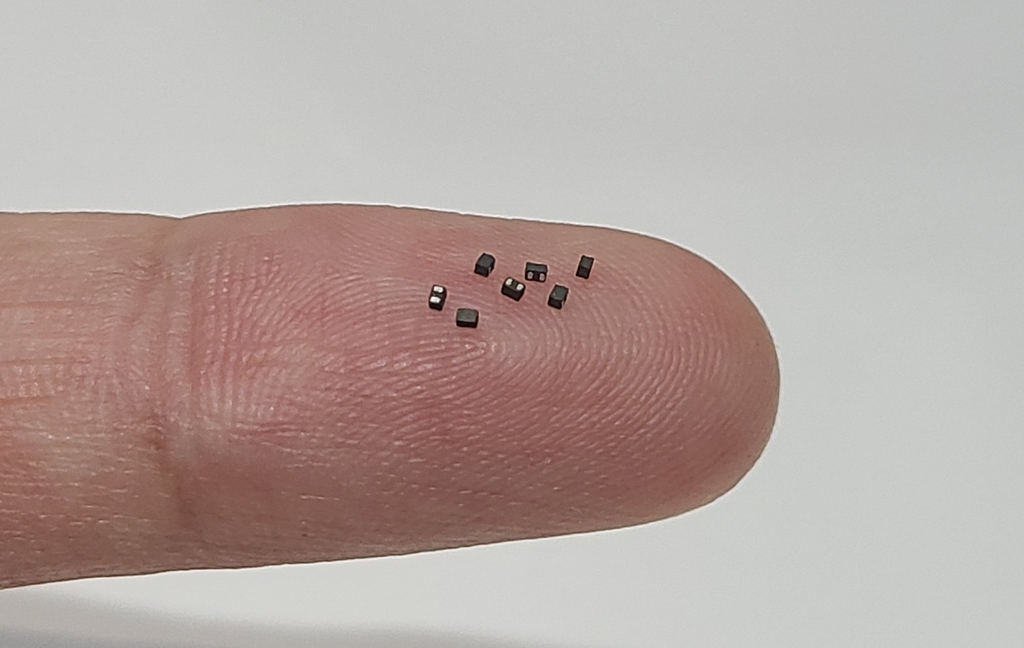 "As the performance for electronic products increases and functionalities diversify, the size of the internal components must decrease along with an improvement in performance and volume," said Hur Kang-heon, head of the Central Research Institute at Samsung Electro-Mechanics.

The company said it was able to reduce the size of the power inductor by applying its material technology and semiconductor substrate manufacturing solutions used for multilayer ceramic capacitors (MLCC).

Instead of producing power inductors in individual units, Samsung Electro-Mechanics said it manufactures them in substrate units, allowing the company to have better productivity.

Samsung Electro-Mechanics has been producing inductors since 1996. With the rise of 5G telecommunications and wearable devices, the company said the demand for small power inductors will increase rapidly, with the use of such product forecast to grow by at least 20 percent.