In the book, "Rage," set to be released Tuesday, Woodward said that U.S. Secretary of State Mike Pompeo has concluded that the North may in fact want the U.S. troops stationed in South Korea.

"Pompeo noted that given all the talks and letters and back and forth, Kim never once, directly or indirectly, raised the issue of the 30,000 U.S. troops stationed in South Korea," Woodward wrote, according to excerpts of his new book obtained by Yonhap News Agency.

"Kim wanted them there, Pompeo concluded, because they were a restraint on China," he added. 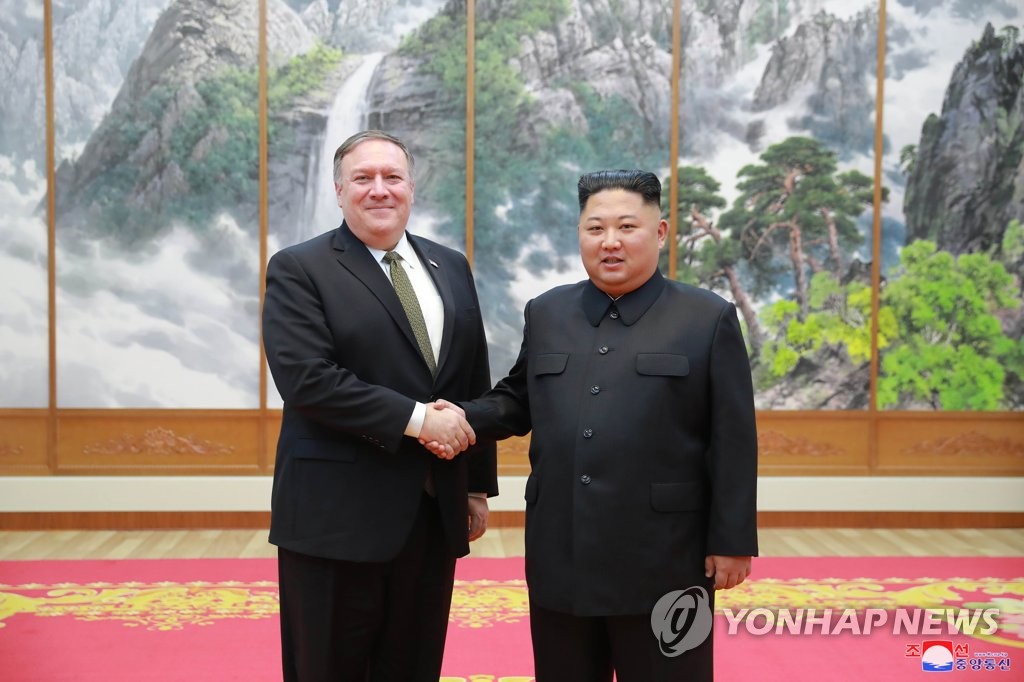 Despite possibly being at ease with the U.S.' military presence on the Korean Peninsula, Kim has expressed anger over its joint military exercises with South Korea in at least one of his letters to U.S. President Donald Trump, the book showed.

In a letter to Trump, dated Aug. 5, 2019, Kim says, "My belief was that the provocative combined military exercises would either be cancelled or postponed ahead of our two countries' working-level negotiations where we would continue to discuss important matters."

"I am clearly offended, and I do not want to hide this feeling from you. I am really, very offended," Kim wrote.

Still in that letter, the North Korean leader did not argue the need for U.S. troops to withdraw.

Instead, he insisted they stop what he called provocative joint exercises.

"Conceptually and hypothetically, the main target of the war preparatory exercises is our own military. This is not our misunderstanding," Kim wrote.

"The thing I like even less is that the US military is engaged in these paranoid and hypersensitive actions with the South Korean people," he added, according to Woodward.

The letter came about a month after Kim and Trump held their third face-to-face meeting on June 30 at the Joint Security Area inside the Demilitarized Zone that divides South and North Korea, in which Trump became the first-ever sitting U.S. head of state to set foot in the communist North.

The Trump-Kim talks have since stalled, largely over how to sequence the North's denuclearization steps with U.S. concessions. Their meetings so far include two summits, held in June 2018 and February 2019.

Trump, on the other hand, has expressed his wish to pull out U.S. service members from South Korea on more than one occasion, and largely for economic reasons, according to the upcoming book.

"In just one example, Trump wanted to withdraw U.S. troops from Afghanistan and South Korea. There was a rush. Instantly. 'Get them out!' Trump had commanded," Woodward writes.

Even at the height of North Korean provocations in November 2017, Trump, during his trip to South Korea and after seeing the tall, glass-covered headquarters of South Korean tech giant Samsung, said: "That's what I'm talking about. This is a rich country. Look at these high-rises. Look at that train! Look at all of this. We're paying for all of this. They should be paying for everything."

North Korea staged its sixth and last nuclear test in September that year, which was also followed by a series of intercontinental ballistic missile tests later in the year.

In another instance, Trump was quoted as saying: "We're protecting South Korea from North Korea, and they're making a fortune with televisions and ships and everything else. Right? They make so much money. Costs us $10 billion. We're suckers."

Woodward estimates in his book that it costs about $4.5 billion a year to upkeep U.S. Forces Korea -- currently at 28,500 strong.

Trump is said to have earlier demanded Seoul to pay $5 billion per year.

Seoul and Washington are currently engaged in negotiations to set Seoul's share in the cost of maintaining U.S. forces in Korea.

South Korea has offered to increase its share by up to 13 percent from 2019, while the U.S. is demanding a 50 percent hike.