The country began eased virus curbs in the greater Seoul area for the next two weeks, allowing eateries, franchise coffee chains and other facilities to operate normally under stricter quarantine measures.

The country added 109 more COVID-19 cases, including 98 local infections, raising the total caseload to 22,285, according to the Korea Disease Control and Prevention Agency (KDCA).

It marked a fall from 121 new cases reported Sunday. The number of local infections also remained in double digits for the second consecutive day.

But the fall in daily virus cases also came as virus tests tend to be fewer over the weekend than weekdays. 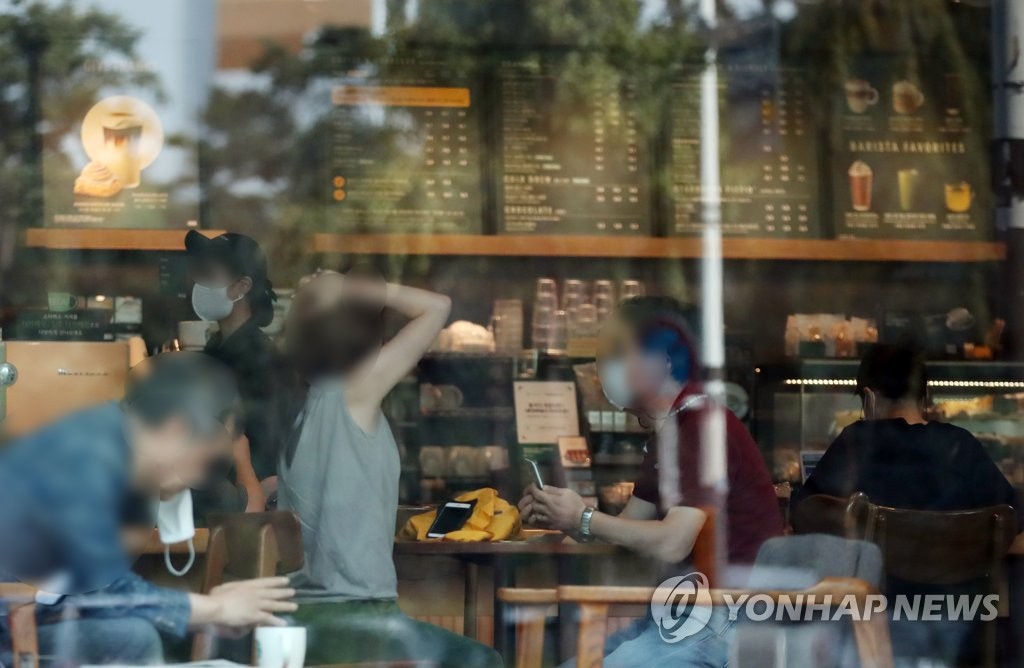 "Virus tests declined over the weekend, but it is a positive sign that daily virus cases continued to be on a slowing trend," Yoon Tae-ho, a senior health ministry official, said in a press briefing.

But the official called on people not to let down their guard against the virus, as the risk of infection is still high in the wider Seoul area.

"The decision to ease the virus curbs does not mean that we can roll back anti-virus efforts that we've made so far," Yoon said.

After the country kept new virus cases under 100 for months, it has seen daily infections remain in triple digits since Aug. 14, due mainly to cases tied to a church and an anti-government rally in Seoul.

Since new virus cases soared to 441 on Aug. 27, daily virus cases have recently slowed to the 100 range on the back of stricter social distancing guidelines. But daily infections are not on a markedly downward trend.

The country placed Seoul and the surrounding area under the Level 2 rules in the three-tier system, on par with the nationwide alert level, after applying Level 2.5 measures for the past two weeks.

Under the enhanced scheme, eating at restaurants was only allowed until 9 p.m. Franchise coffee chains, bakeries and ice cream parlors were permitted to offer only takeout and delivery.

Now, those facilities are permitted to operate normally, but under the condition that they will strictly manage entry logs of customers and keep other sanitation measures.

A ban on operations was also lifted for midsize cram schools and indoor sports facilities under the strict quarantine steps.

The country is also allowing internet cafes across the nation to reopen. But they should ban the entry of teenagers and eating food inside the cafes and ensure that customers sit at a distance from one another. 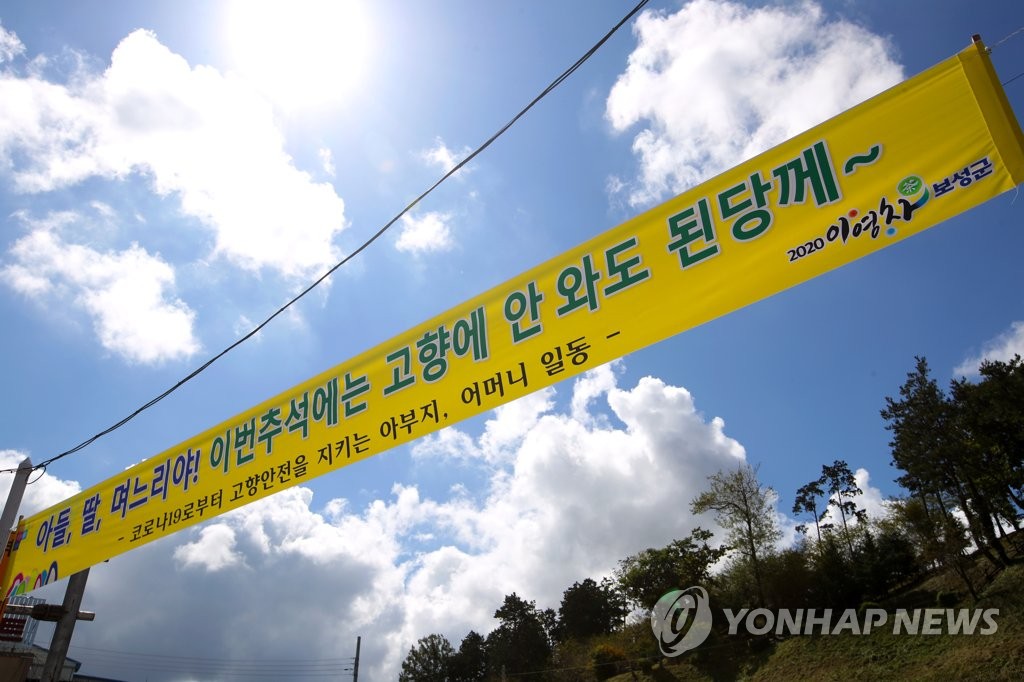 Despite the relaxed virus curbs, health authorities warned against any complacency on concerns that coronavirus cases may rebound after the upcoming Chuseok fall harvest holiday.

The KDCA said the current phase of the COVID-19 pandemic in the greater Seoul area is more serious than the first wave of the virus outbreak that gripped the southeastern city of Daegu in February and March.

"We need to further slow the spread of the virus in the Seoul region. We also face a tough challenge in tackling potential virus cases that may be reported during the upcoming holiday and curbing both COVID-19 and flu in the winter," Jeong Eun-kyeong, new chief of KDCA, said in a briefing.

The KDCA said it will launch work on reshaping the social distancing scheme and subsequent responses to better reflect various situations.

While operating the three-tier system, South Korea has been cautious about raising the virus curbs to the highest level due to concerns about its far-reaching impact on the economy and people's livelihoods.

Experts called on the government to break down the three levels into more phases to flexibly tackle the outbreak.

Of the newly identified local infections, 41 cases were reported in Seoul and 30 in Gyeonggi Province that surrounds the capital. Incheon, west of Seoul, reported 10 more cases. 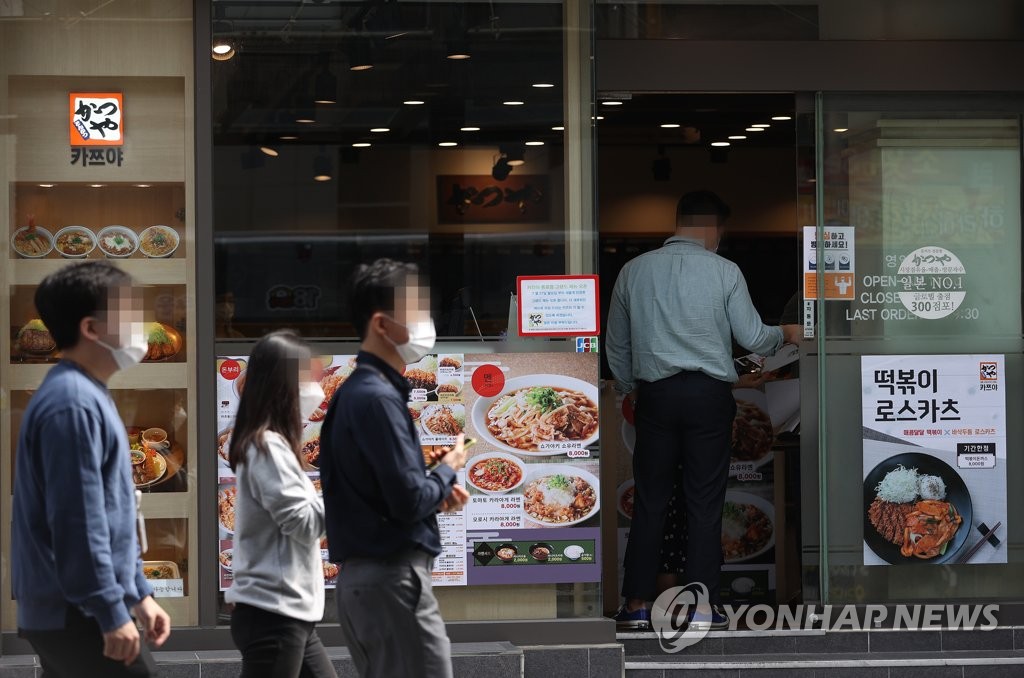 Cases traced to Sarang Jeil Church in northern Seoul, a hotbed of the recent spike in new infections, stayed unchanged for the sixth day at 1,167 as of noon.

Cases tied to the anti-government rally in Seoul on Aug. 15 reached 579, up two cases from the previous day.

Sporadic cluster infections showed no signs of a letup, with cases traced to a door-to-door retailer in Bucheon, west of Seoul, adding two to reach 16. Infections linked to a mountain hiking club came to 41, up three from the past 24 hours.

The country, meanwhile, reported 11 imported cases, with six cases coming from Uzbekistan and two from the Philippines.

The number of seriously or critically ill COVID-19 patients stayed unchanged at 157 as of midnight.

The total number of people released from quarantine after making full recoveries stood at 18,489, up 263 from the previous day.