SEOUL, Sept. 14 (Yonhap) -- The defense ministry broke ground Monday for the construction of a new correctional facility for convicted service members in the city of Icheon to replace decades-old facilities, officials said.

Under the 19.8 billion-won (US$16.6 million) project, the ministry will build three new buildings in Icheon, some 80 kilometers southeast of Seoul, in replacement of the existing buildings at the same location, the ministry said.

The construction will to be completed in April 2022, it said.

The detention complex, named the Military Correctional Institution, is the country's only military prison.

The new facility will adopt an advanced design for a correctional facility, including having a "day room" -- a common space used by prisoners to which they are admitted for diverse activities -- in the first such case among local penitentiaries, according to the ministry.

"The envisioned facility is expected to help upgrade the country's prison culture and to help inmates better cultivate sociality," the ministry said in a statement. 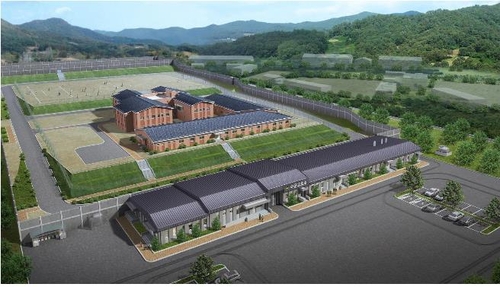