State media earlier said tens of thousands of people, including elite party members in Pyongyang, have been mobilized for recovery efforts, spawning risks that they could spread the coronavirus.

"The antivirus fight is another important front line on which top priority should be placed, along with recovery from natural disasters," the Rodong Sinmun, the official newspaper of the ruling Workers' Party, said.

"Body temperature taking and hand sanitization have been strictly enforced on workers mobilized for construction and all are required to wear masks while working in accordance with regulations," the paper added.

The paper, in particular, warned against the possibility of an outbreak along the country's coastlines through virus-contaminated trash and other items washed upon the shore.

"Due to a large amount of waste washed upon rivers and seashores caused by typhoons and flooding, the risk has increased markedly (for an outbreak of the coronavirus)," the paper said. "Special efforts are being made to strengthen the control on coastlines."

North Korea has claimed to have no coronavirus infections, but it has been swift in closing its border and has toughened quarantine criteria since early this year.

Outside experts, however, question the North's virus-free claim, citing its poor medical infrastructure and long border with China, an earlier epicenter of COVID-19. 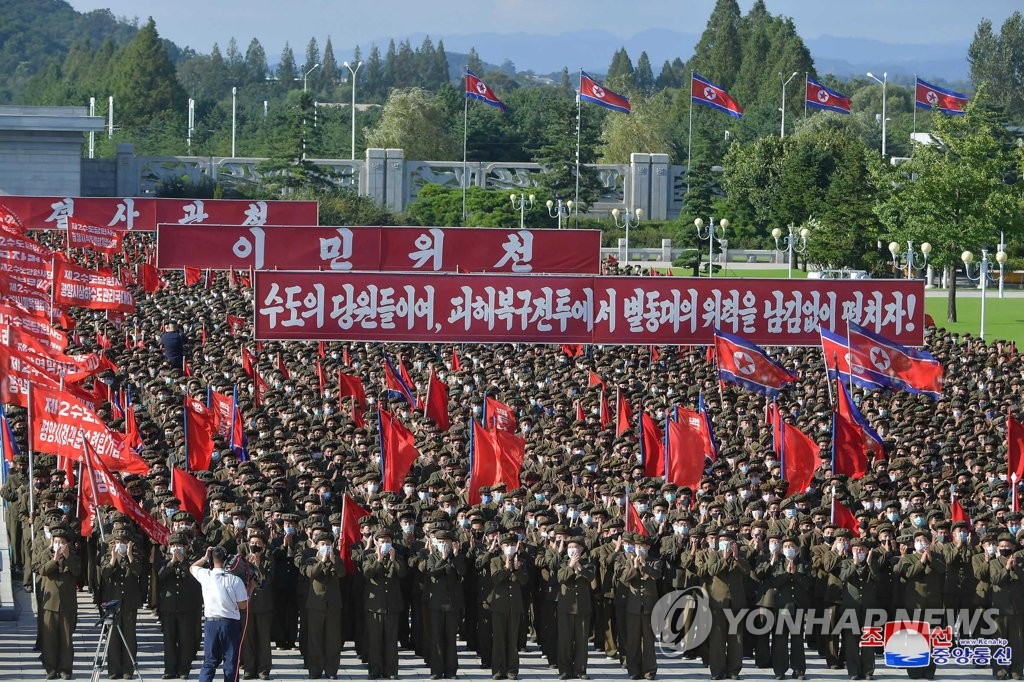