SEOUL, Sept. 14 (Yonhap) -- Cheong Wa Dae reaffirmed a plan Monday to provide all South Koreans, aged 13 or older, with 20,000 won (US$16.80) in one-off financial support for their communication service charges despite a backlash against it.

The government made the policy decision through "a lot of consideration," Lee Ho-seung, senior secretary to President Moon Jae-in for economic affairs, said during a radio interview.

Last week, Moon announced the scheme, citing increased burdens among people here for their communication fees, including smartphone service charges, due to more non-contact activities attributable to the COVID-19 pandemic. The aid is part of the government's new stimulus package, worth 7.8 trillion won, awaiting parliamentary approval. 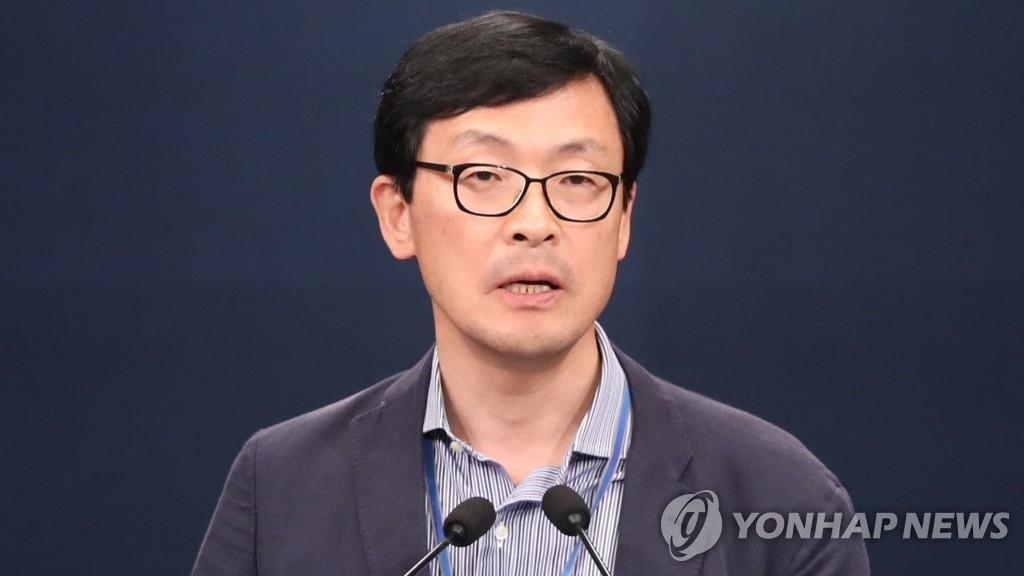 Many people have shown a lukewarm, or negative, response to the communication fee subsidy plan estimated to cost 900 billion won. Critics say it's pointless to offer the financial support of 20,000 won, given the scale of troubles and damages that the people suffer due to the coronavirus.

In a Realmeter survey of 500 voters nationwide, 58.2 percent of respondents said it is a "wrong" policy measure, while 37.8 percent answered positively. The poll was conducted last Friday, with the margin of error standing at plus or minus 4.4 percentage points.

Even South Gyeongsang Province Governor Kim Kyoung-soo, a ruling Democratic Party heavyweight, openly questioned the efficacy of the policy. He proposed instead expanding free-of-charge public Wi-Fi networks across the country in order to relieve the people's communication fee burden.

The conservative main opposition People Power Party earlier stated that it would be better for the government to offer flu shots for all people rather than the communication charge subsidy.

The Cheong Wa Dae official stressed that the 20,000-won support is not trivial.

A household with two secondary school students will be eligible for 80,000 won, he pointed out.

Lee said it is "not understandable" to say that the amount is meaningless from the viewpoint of ordinary people who have to pay communication fees every month.

He added it is difficult to immediately install additional public Wi-Fi facilities, with the supplying of related equipment necessary, and that it also takes time to produce additional flu vaccines.