But Asiana's parent Kumho Industrial Co. rose 1.2 percent to end at 6,820 won as the deal's rupture was already factored in the stock price.

"HDC stocks fell slightly, as its investors were relieved from concerns of the winner's curse. Asiana stocks declined as it faces restructuring as the virus prolongs," Roh Dong-kil, an analyst at NH Investment & Securities Co., said.

Kumho Industrial, which owns a controlling 30.77 percent stake in Asiana, on Friday notified HDC of the termination of the drawn-out deal after they failed to narrow differences over the terms of the 2.5 trillion won (US$2.2 billion) deal.

With the collapse of the deal, Asiana will be placed under the control of its creditor banks and undergo restructuring before it is put up for sale again, according to its main creditor Korea Development Bank (KDB).

A state-run key industry fund will inject 2.4 trillion won into the carrier to help it stay afloat this year amid virus woes, the KDB said.

Its net losses deepened to 432.88 billion won in the January-June period from 267.4 billion won a year earlier. Its overall debts reached 11.55 trillion won at the end of June. 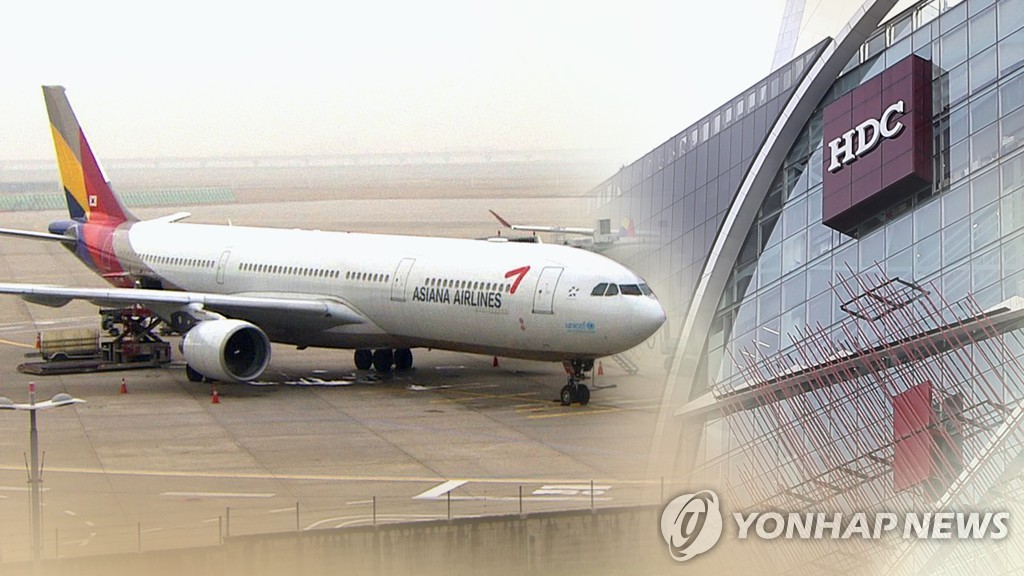