SEOUL, Sept. 14 (Yonhap) -- Prosecutors questioned Justice Minister Choo Mi-ae's son over the weekend over allegations he got special extended leave during his mandatory military service in 2017, the prosecution said Monday.

The Seoul Eastern District Prosecutors Office said they called in the 27-year-old, surnamed Seo, on Sunday, and one of Choo's former aides on Saturday.

Seo was questioned the same day Choo apologized for the scandal on her Facebook page.

The minister has come under fire over allegations she used her influence as the then-chairwoman of the ruling Democratic Party to get special extended leave for her son after he received knee surgery in June 2017. 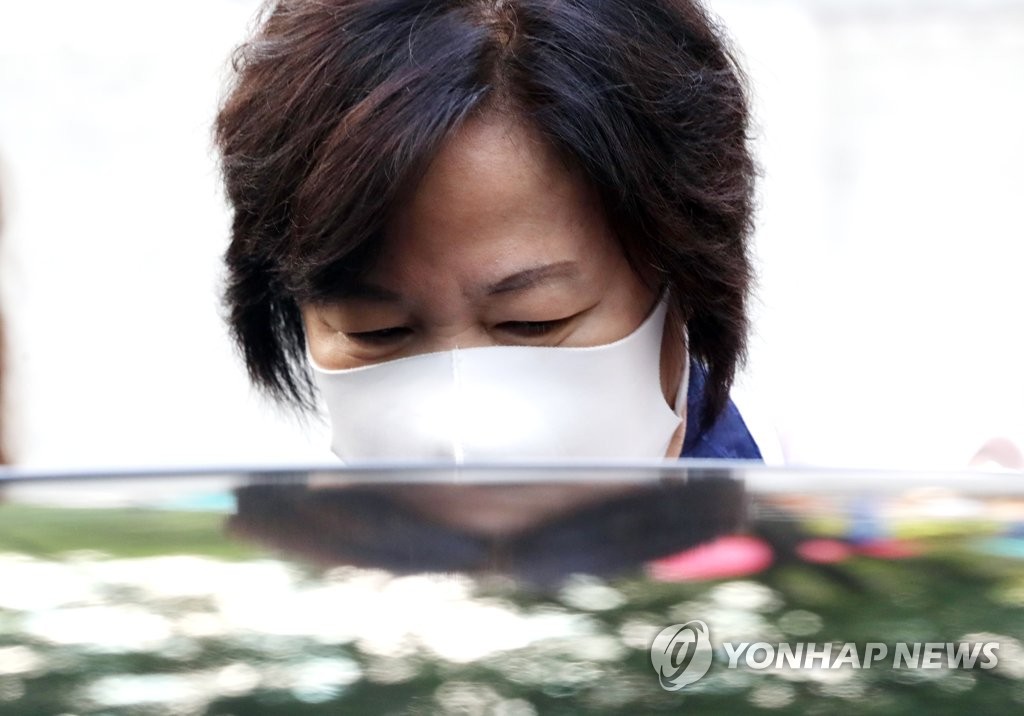 She maintained in her apology that there was "absolutely no reason" to violate procedures as military rules recommend the maximum treatment.

The allegations are that Seo took four extra vacation days at the end of his medical leave without first getting approval or returning to base.

Seo served in the Korean Augmentation to the United States Army (KATUSA) for the 2nd Infantry Division of the U.S. Eighth Army.

A recent defense ministry document purported that Choo's side requested extension of the medical leave at the end of Seo's first 10-day medical leave. Later, it was extended by nine more days. A captain who worked for Seo's unit has alleged that one of Choo's aides made a call, inquiring about the extension at that time.

Appearing on a parliamentary interpellation session, Choo refused to elaborate on the allegations.

"I am not in a position to say anything on whether an aide did in fact make a phone call, or for what reason the aide did it (if the aide did it at all)," Choo said in response to searing questions by Rep. Yun Jae-ok of the main opposition People Power Party.

The justice minister also said that she neither contacted the military herself nor made an aide contact the military in pursuit of the leave extension. 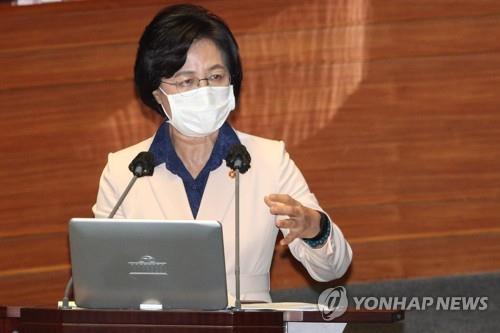 Prosecutors began an investigation into the allegations in January but have announced no progress so far. This was the first time Seo was questioned in connection to the case. The former aide is suspected of having made a phone call to the military to inquiry about getting extended leave for Seo.

Two other people -- a captain and a former soldier -- were also summoned last week for the first time in three months.

In addition to the extended leave, Choo's family is suspected of making special requests to get Seo assigned to the Yongsan Garrison in central Seoul, not in Uijeongbu, north of the capital, where he did his service.

The family also allegedly pushed to have him selected as an interpreter for the 2018 PyeongChang Winter Games.

Choo did not address these allegations in her apology.