The government will be bracing itself for "immediate execution" of the special budget as soon as it wins final parliamentary approval, he said. 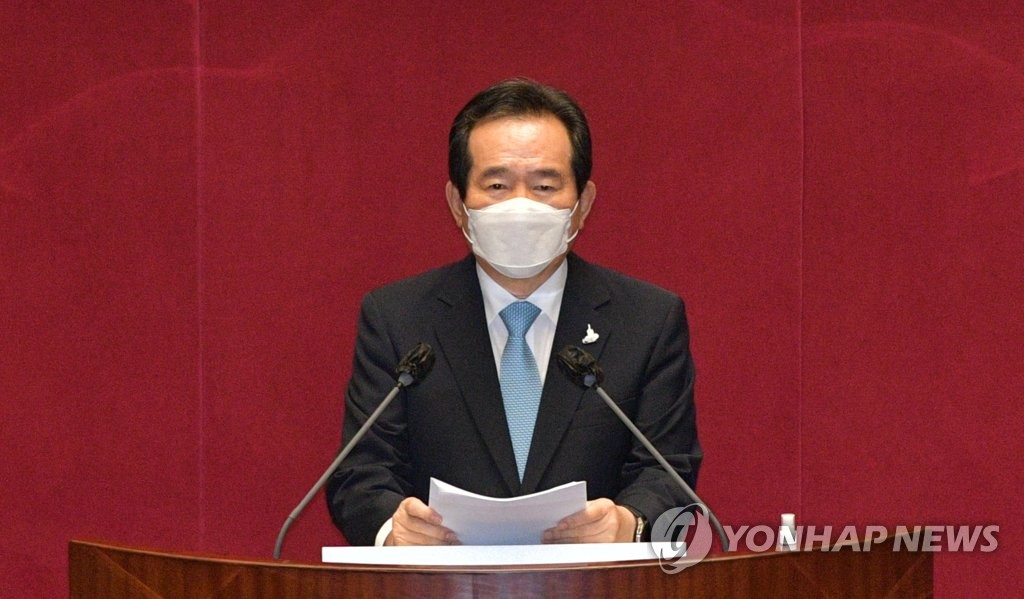 "Through this, (the government) will do its best to bolster people's livelihoods before and after the Chuseok holiday and support the economic recovery in the second half of the year," he said. The traditional Chuseok holiday starts on Sept. 30 for a five-day run.

Last week, the government submitted the extra budget bill to parliament, the fourth supplementary government spending drawn up to fight the COVID-19 pandemic.

The latest extra budget, proposed in light of the virus resurgence since mid-August, aims to assist smaller business owners, in particular, that have been hit hard by tighter social distancing measures, including limits on the operations of restaurants, coffee shops and sports facilities.

The ruling Democratic Party, controlling 176 seats of the 300-member parliament, is seeking to have the bill pass through a National Assembly plenary meeting on Friday.

"I am well aware that there are some voices of concern over fiscal soundness in relation to the four rounds of extra budget this year," the prime minister said. "But now (the country is) in a unprecedented national crisis state" that requires an unprecedentedly bold response, he added. 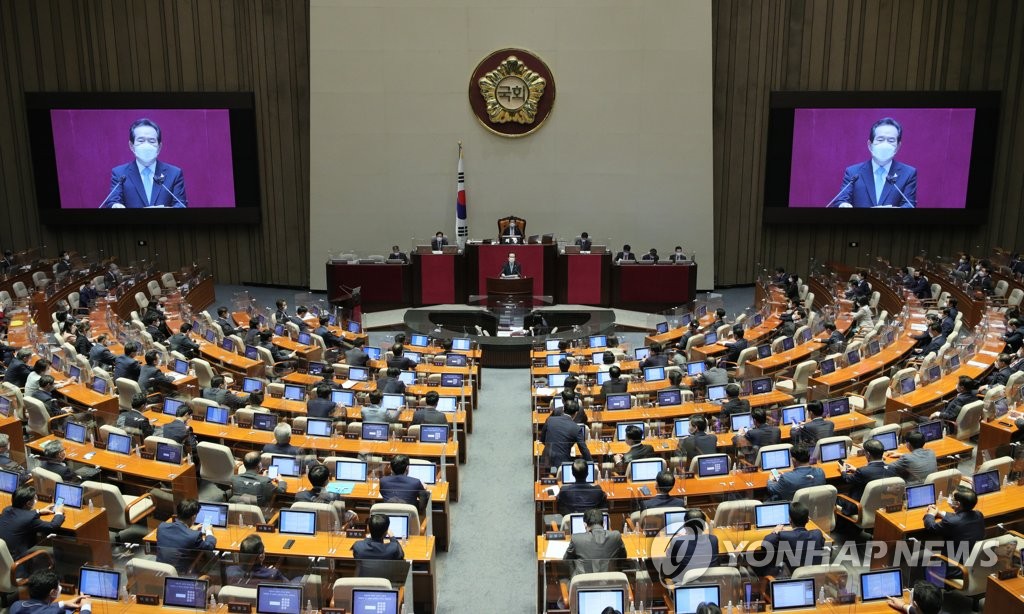 The main opposition People Power Party, however, warned that it will not cooperate in the bill's parliamentary passage if the government's plan to provide all citizens aged 13 and older with 20,000-won mobile service fee assistance is not retracted.