SEOUL, Sept. 14 (Yonhap) -- President Moon Jae-in said Monday that South Korea should walk a fine line between antivirus efforts and measures to revitalize the economy, which is why the government has decided to relax some social distancing measures.

He was responding to a view that his administration was too "hasty" with its decision to lower the COVID-19 alert from Level 2.5 to Level 2 in the greater Seoul area, while the daily count of infections was staying in the triple digits.

Under the temporary measure, announced Sunday, restaurants and bakeries have returned to normal operations and indoor gyms and internet cafes have reopened. It represents a "realistic" decision made in "comprehensive" consideration of opinions by experts and on-site officials, he said at the outset of a weekly meeting with senior secretaries at Cheong Wa Dae, which pool reporters were allowed to cover. 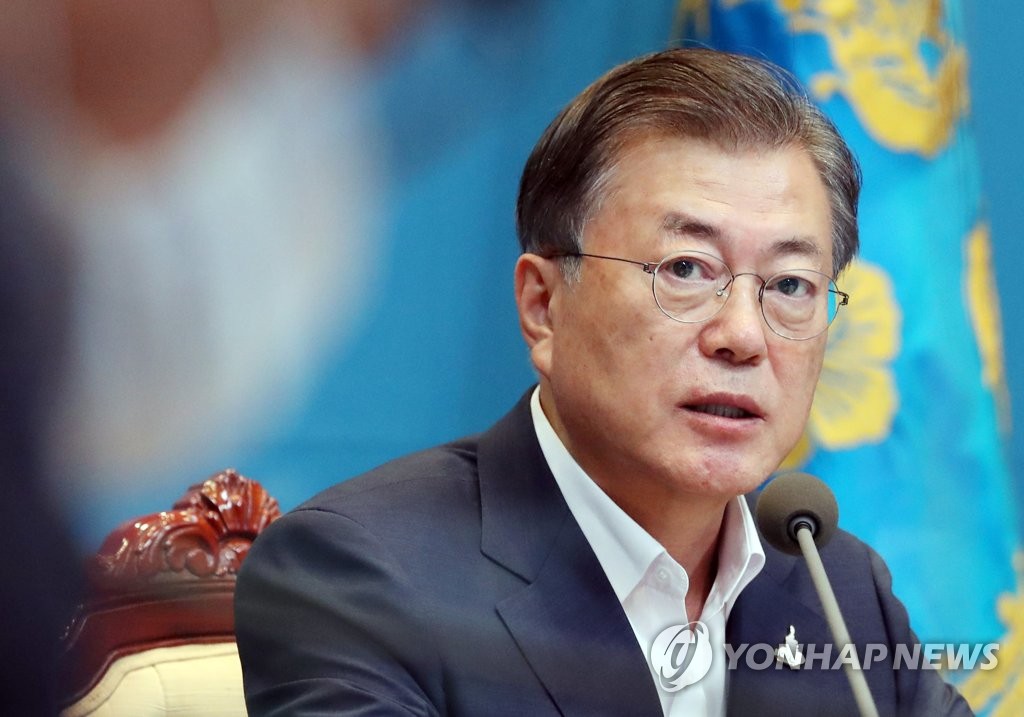 It's a "minimal measure" to help struggling merchants and the self-employed maintain their livelihoods and an "inevitable choice" to minimize economic impact, while keeping the policy direction of "thorough and stringent" antivirus steps, he added.

"The war against the coronavirus is a lengthy one" and the virus control itself does not resolve the economic problem, according to the president.

Moon emphasized that under the situation that the government is forced to live with the virus for a long time, it cannot be negligent in either curbing the virus or reviving the economy.

The government should find a way for the two to go together in order to protect the people's lives, he said.

"(The government) can't help but walk a tightrope for balance between virus control and the economy until the coronavirus is completely terminated." 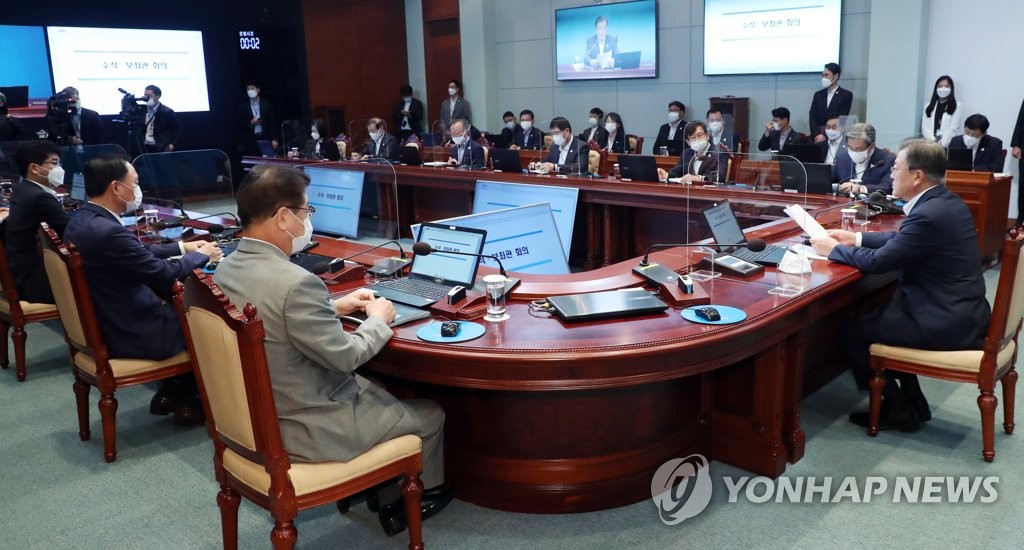 The government has concluded that the virus is "within the range" that can be controlled by South Korea's relevant system and that it cannot "blindly coerce" those who are at the risk of survival into "sacrifice" via drawn-out business suspension and restrictions.

Besides, he noted, the basic COVID-19 reproduction number fell to "around 0.7." The number represents the expected number of cases directly generated by a single patient, indicating new cases will decline if it is below one. 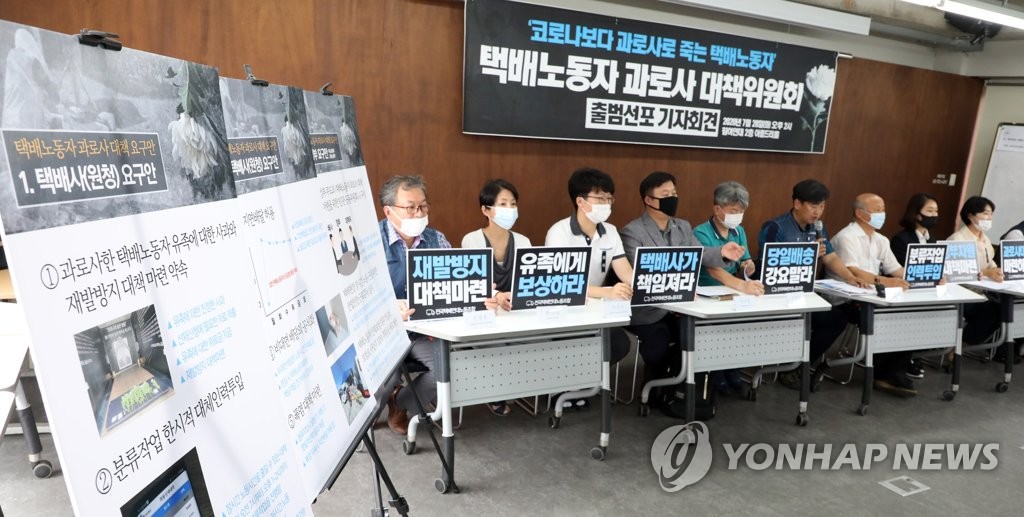 The president, meanwhile, called for measures to ensure "safer working conditions" for parcel delivery workers, who are reported to be suffering heavy workloads due to hikes in non-contact economic activities. Couriers also get busier before and during Chuseok, one of Korea's biggest annual celebrations. This year, the holiday season begins at the end of September.

Moon instructed related ministries to strengthen the supervision of their working conditions to prevent deliverers from having to work excessive hours through the increase of temporary workforce and other measures.