Rep. Youn Mee-hyang of the Democratic Party is charged with unlawfully accepting more than 360 million won (US$304,000) in government support funds for women who were forced to work at front-line brothels for Japanese troops during World War II, according to the Seoul Western District Prosecutors Office.

She has been indicted on eight counts of fraud and related charges, including spending 100 million won in donations and public funds for personal use. 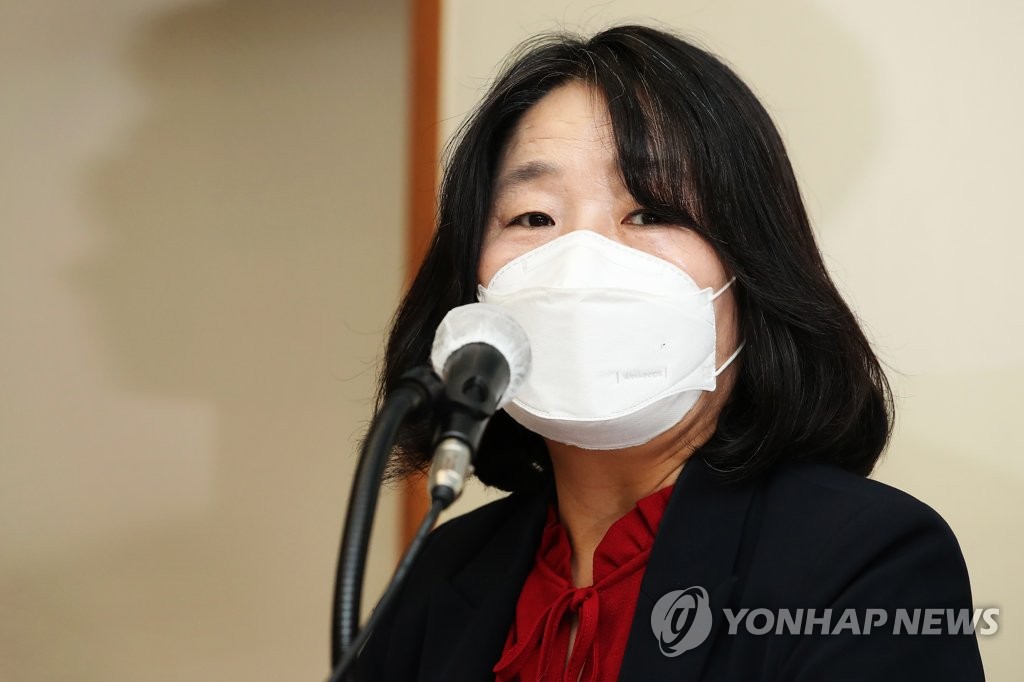 Youn won a parliamentary seat in the April 15 general elections after leading a civic group tasked with supporting the victims, who are euphemistically called "comfort women," for three decades.

One of the women, Lee Yong-soo, came forward in May to accuse the group of "using" the victims and never spending any funds on them.

Youn apologized for the controversy but denied the allegations.

According to prosecutors, Youn received some 300 million won from the culture ministry and the Seoul metropolitan government between 2013 and 2020 after unlawfully applying for financial assistance for the War and Women's Human Rights Museum, run by the civic group.

They said the application was unlawful because it was made to appear that the museum met the legal requirement for registration as a museum, which is to have a curator.

Separately, Youn and two employees of the civic group unlawfully accepted some 65 million won from seven projects run by the gender equality ministry between 2014 and 2020, the prosecutors said.

An executive of the group, Korean Council for Justice and Remembrance for the Issues of Military Sexual Slavery by Japan, was also indicted in the case.

The 100 million won that Youn allegedly embezzled was collected through her personal bank accounts or transferred from the group's accounts between 2011 and 2020, the prosecution said.

Meanwhile, prosecutors charged Youn with dereliction of duty for her involvement in the purchase of a shelter for the victims at above market price, causing financial losses to the group. But they did not charge her for allegedly selling the property at below market price, citing its market price in August and the actual price it sold for in April, as well as the four years it took to sell the property.

In a statement, Youn expressed regret over the indictment and denied all charges, saying none of the collected funds were used personally.

"Today's announcement cannot pull down the 30-year history and cause of the movement to resolve the comfort women issue," she said. "I will prove my innocence at the trial."