SEOUL, Sept. 14 (Yonhap) -- Cheong Wa Dae said Monday it is impossible for the United States to use any military force on the Korean Peninsula without South Korea's consent.

It was responding to a description in a forthcoming book authored by Bob Woodward, a Washington Post journalist, that the United States had carefully reviewed using nuclear weapons against North Korea in response to its military provocations in 2017.

"What we can say clearly is that the use of a nuclear weapon is not (included) in our operational plan (OPLAN) and using military force is impossible without South Korea's consent," a Cheong Wa Dae official told reporters.

According to Woodward's book, titled "Rage," Washington had plans for a war against North Korea "on the shelf" over a series of high-profile military provocations by the North, including the testing of intercontinental ballistic missiles (ICBMs) in July 2017.

The U.S. Strategic Command "had carefully reviewed and studied OPLAN 5027 for regime change in North Korea -- the U.S. response to an attack that could include the use of 80 nuclear weapons," he wrote in the book, a copy of which was acquired by media ahead of its publication later this week. OPLAN 5027 refers to military operation plans by the allies in the event of a North Korean invasion.

South Korea will never cease efforts toward lasting peace on the peninsula, although the Korea peace process is in a stalemate, the official added. 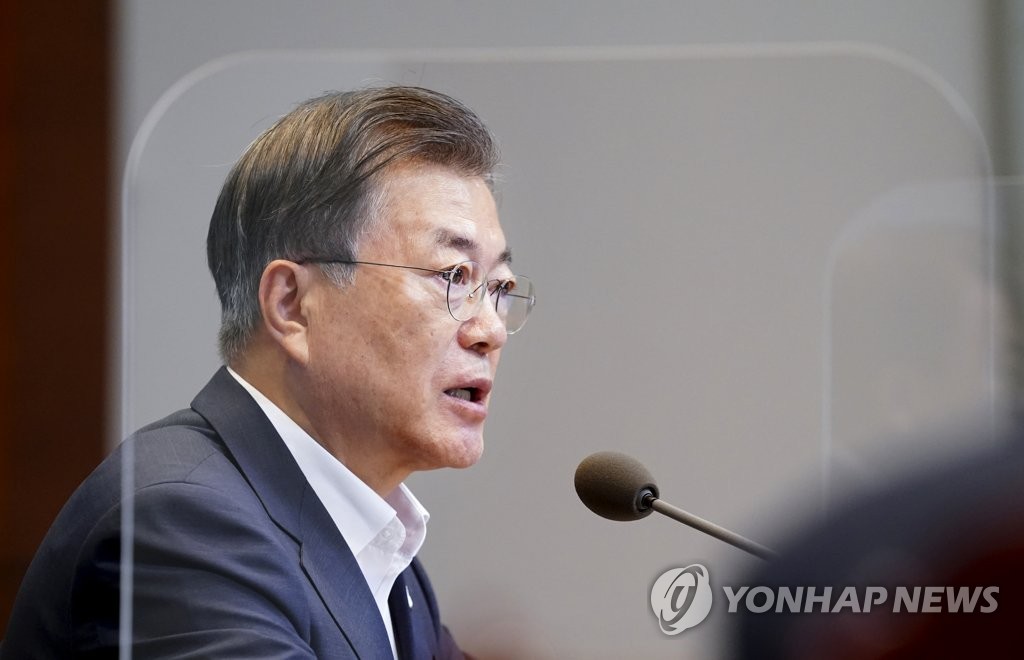 He cited President Moon Jae-in's repeated peace overtures in public speeches he made around the sharp escalation of military tensions in Korea in 2017, including the one on July 6 in Berlin, the Aug. 15 Liberation Day address and the Sept. 21 U.N. General Assembly speech, in which he made clear Seoul's principle of zero tolerance for war.

Moon also stressed that there shouldn't be another war in Korea and that no other country can decide on a military action without Seoul's consent.

The Moon government then made extensive follow-up peace efforts, which led to the historic Singapore summit between the leaders of the U.S. and North Korea, the official said, speaking on the customary condition of anonymity.

"The government turned a war crisis (in 2017) into a phase of peace beyond just passing it," he added.