The country added 106 more COVID-19 cases, including 91 local infections, raising the total caseload to 22,391, according to the Korea Disease Control and Prevention Agency (KDCA).

It marked a slight drop from 109 cases reported on Monday. The number of additional patients reached 121 on Sunday and 136 on Saturday.

The number of local infections remained in double digits for the third consecutive day, but health authorities are still struggling to regain control over the spread of the virus due to increased cases with unknown transmission routes and sporadic clusters.

Over the past two weeks, 25 percent of the additional cases had unidentified infection routes, marking the highest level since the country started to compile such data in April.

Among the new cases, 28 percent were also linked to cluster infections, according to the latest data provided Tuesday.

With new infections staying below 200 for nearly two weeks, South Korea decided to ease the strict social distancing scheme in the greater Seoul area, allowing restaurants and cafes to operate normally from Monday. 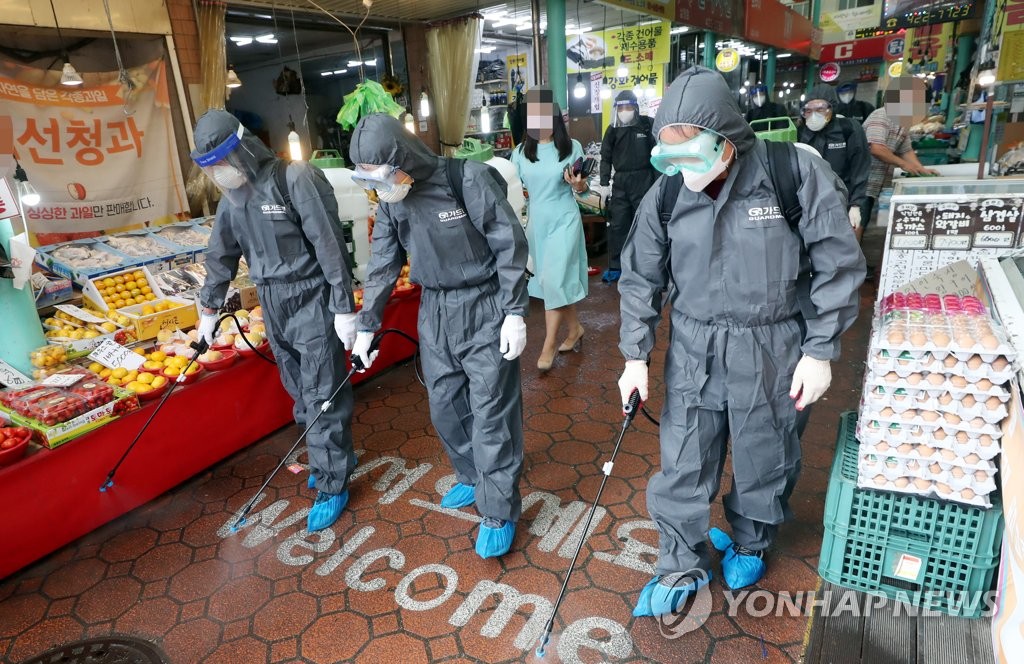 South Korea had been keeping the daily new virus cases below 100 for months until mid-August, maintaining most of its economic activities compared to other peers around the globe. On Aug. 14, however, the figure abruptly doubled from the previous day to break the threshold of 100.

Cases tied to a conservative church that participated in anti-government rallies in the capital city were largely blamed for the spike, but there were also sporadic cluster infections nationwide.

With the number of new cases reaching 441 on Aug. 27, South Korea earlier decided to adopt what it called an enhanced social distancing scheme in greater Seoul through Sunday, under which restaurants could offer only takeout from 9 p.m. to 5 a.m. of the following day.

Franchise cafes and dessert shops were obligated to offer only takeout around the clock.

Such restrictions were lifted as of Monday for the capital area that houses around half of the nation's 51-million population, but the relatively lax Level 2 social distancing scheme is still under force nationwide.

While operating the three-tier system, South Korea has been cautious about raising the virus curbs to the highest level due to concerns about its far-reaching impact on the economy and people's livelihoods. Under the highest scheme, all gatherings of more than 10 people are banned.

"The current situation has significantly improved from August. Nevertheless, we need to stay vigilant as the number of new cases spiked every time the country eased the social distancing scheme," Kwon Joon-wook, a senior health official, said during a daily briefing. 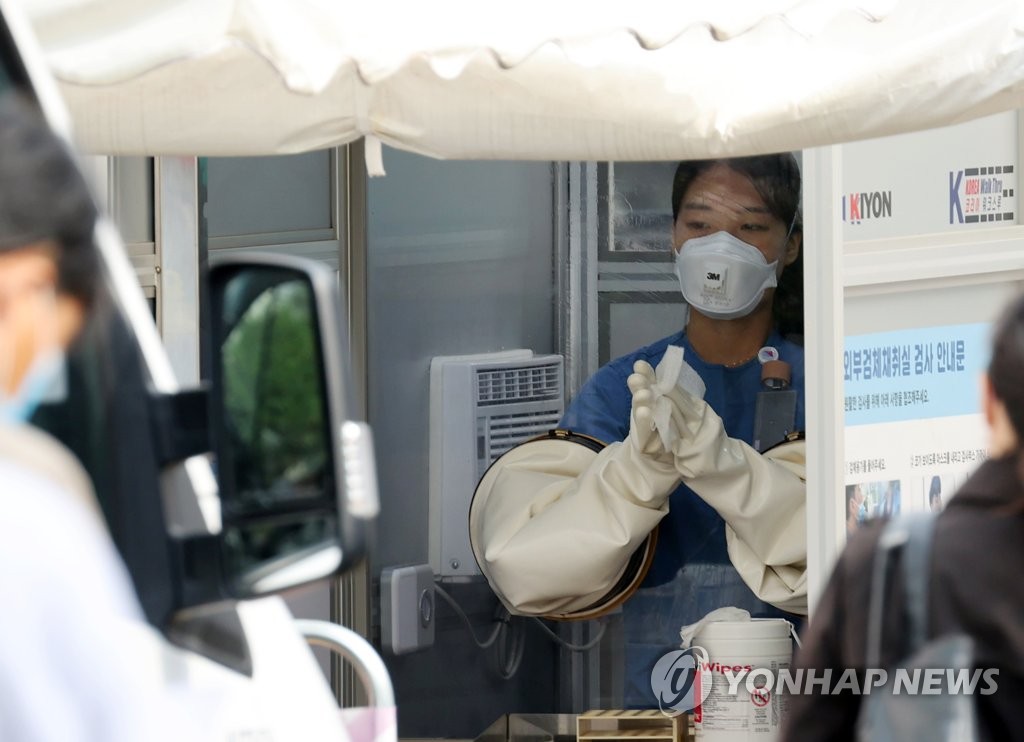 Of the newly identified local infections, 32 cases were reported in Seoul and 31 in Gyeonggi Province that surrounds the capital. Incheon, west of the capital city, reported eight more cases.

Cases traced to Sarang Jeil Church in northern Seoul, a hotbed of the recent spike in new infections, have stayed unchanged for a week at 1,168. But cases tied to the anti-government rally in Seoul on Aug. 15 reached 581 as of Tuesday, up two from the previous day.

The number of patients traced to Severance Hospital in western Seoul reached 32, up three from a day earlier.

Another church based in the Songpa Ward of eastern Seoul reported 10 patients. A mountain hiking club reported 43 patients so far.

From South Gyeongsang Province, a total of seven cases were traced to a taxi driver.

Of the imported cases, the United States accounted for six patients, followed by Russia with two infections. There were also cases from the Philippines, Indonesia, Poland and Mexico.

"Recently, the number of COVID-19 cases is reemerging from Asia and Europe. This indicates that South Korea is also likely to report more imported cases down the road," Kwon said.

The fatality rate came to 1.64 percent.

Those aged 60 or above accounted for a whopping 93.7 percent.

Health authorities said the number of new deaths is anticipated to rise for the time being for the next two weeks, considering the number of patients in critical condition.

The total number of people released from quarantine after making full recoveries stood at 18,878, up 389 from the previous day. The figure indicates that more than 84 percent of the patients reported here have been cured. 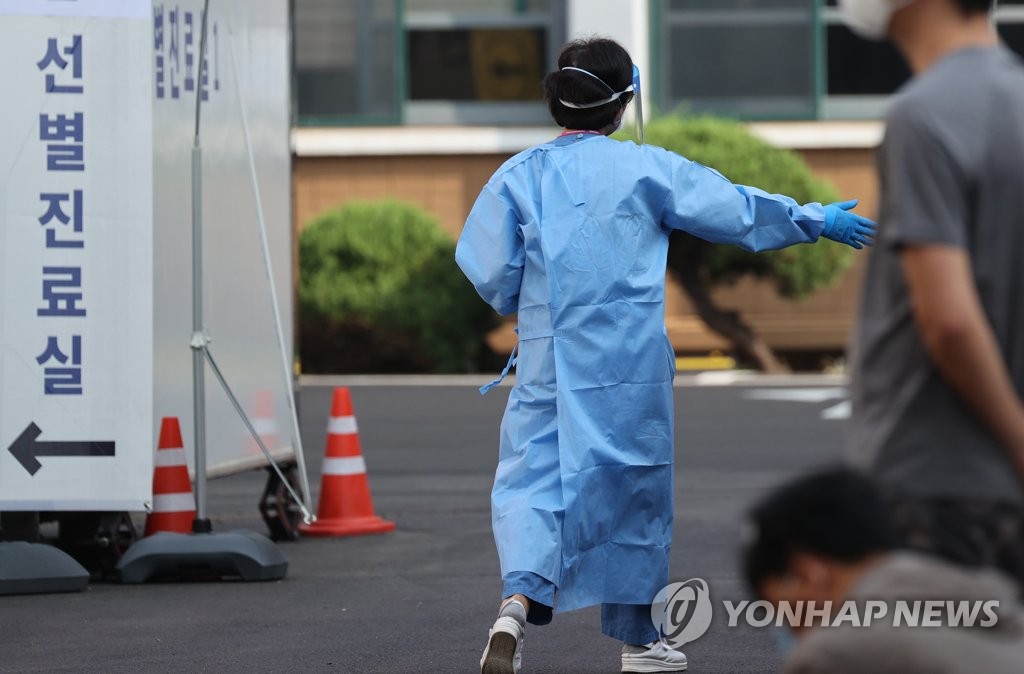