SEOUL, Sept. 15 (Yonhap) -- T'way Air, a South Korean low-cost carrier, will begin flights to the Chinese city of Wuhan on Wednesday, marking the reopening of the air service to the epicenter of the coronavirus outbreak after eight months, the transport ministry said Tuesday.

The Ministry of Land, Infrastructure and Transport approved T'way Air's once-a-week flight on the Incheon-Wuhan route, which was already approved by the Chinese authorities late last year.

"We are planning to operate the Wuhan route until Oct. 24 for the summer season. For the winter season from late October through end-March, we will seek approval from Seoul and Beijing's authorities," a T'way Air spokesman said over the phone. 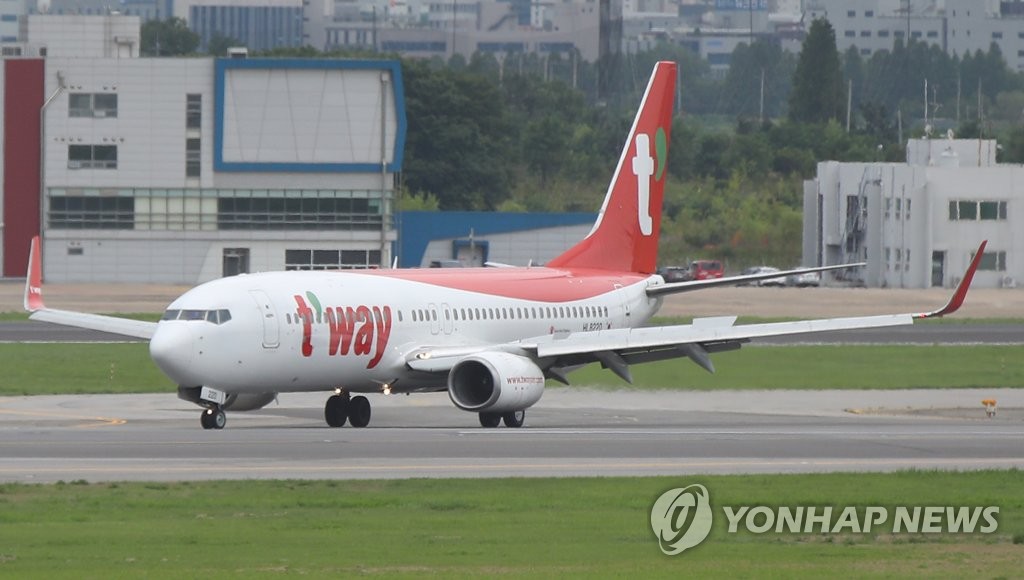 T'way Air was originally scheduled to begin services on the Wuhan route on Jan. 21, but the outbreak of the deadly respiratory illness temporarily suspended the plan.

Local airlines suspended all of their outbound flights to Wuhan on Jan. 23, two days after the first case of the COVID-19 pandemic was confirmed in South Korea.

Korean Air Lines Co. and China Southern Airlines were offering four flights a week on the Incheon-Wuhan route until Jan. 22.

With the addition of T'way's Wuhan route, a total of 10 routes to China will be available from Wednesday, the ministry said.

The number of flights to China plunged to 21 a week in the fifth week of August from 1,164 during the winter season of 2019, with the number of routes down to 16 from 84 during the same period, it said.