Exports of ICT products reached US$15.24 billion last month, according to the data compiled by the Ministry of Science and ICT. This marks the third month in a row that monthly exports have moved up compared with 2019.

Imports moved up 4.3 percent to $9.19 billion in August, resulting in a trade surplus of $6.05 billion in ICT trade, data showed.

ICT products, a key contributor to South Korean exports, have been hit by COVID-19. They plunged 15.3 percent on-year in April and contracted 2.6 percent in the following month before making a rebound in June with 1 percent growth, followed by an increase of 3.3 percent in July.

By segment, exports of semiconductors, a critical item for Asia's fourth-largest economy, gained 2.6 percent from the previous year to reach $8.29 billion. 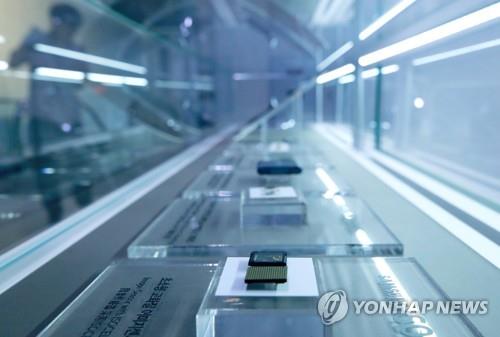 Outbound shipments of computers and related products nearly doubled over the period to reach $1.34 billion, as more people worked from home due to the virus outbreak.

Overseas sales of mobile devices, such as smartphones, on the other hand, plunged 33 percent to $700 million, with exports of displays falling 17 percent to $1.8 billion over the cited period.

Exports to China, the largest overseas market for locally made ICT products, backtracked 3.3 percent to $7.1 billion, with shipments to Vietnam down 2 percent to $2.76 billion.

Shipments to the United States, however, shot up 18 percent to $1.75 billion over the period.

South Korea's overall exports have been losing ground since early this year, as the COVID-19 pandemic has hurt both consumption and production. In August, the country's exports stood at $39.66 billion, down 9.9 percent from a year earlier and marking the sixth consecutive month that outbound shipments have lost ground.