(ATTN: UPDATES with the latest tally in paras 3, 7-8; CHANGES photo)

SEOUL, Sept. 15 (Yonhap) -- South Korea's new coronavirus cases have stayed below 200 for almost two weeks, but a rise in deaths is emerging as yet another challenge to the country's virus fight, according to health authorities Tuesday.

The country reported four more deaths, raising the death toll to 367, according to the Korea Disease Control and Prevention Agency (KDCA). 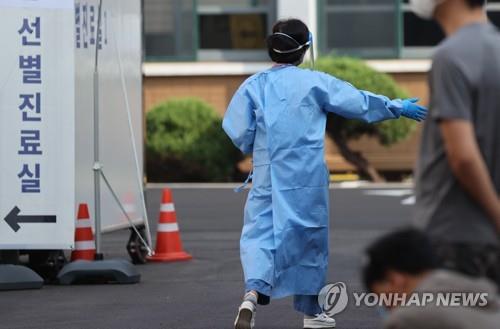 The country's daily new deaths briefly spiked in the southeastern city of Daegu, once the epicenter of the virus outbreak here, in February, but South Korea has since reported between zero and two daily new deaths, the KDCA said.

A total of 26 COVID-19 patients died over the past week, with a daily average of three to four deaths, the KDCA said.

Health authorities said most of those who tested positive recently were 60 years old or above, an age group that is more likely to experience critical health complications caused by the deadly virus.