SEOUL, Sept. 15 (Yonhap) -- South Korea is on alert to rein in new coronavirus cases during an upcoming major holiday when tens of millions of people usually travel across the country to reunite with their families and relatives.

This year, South Koreans are set to enjoy five days off including the three-day Chuseok holiday that falls from Sept. 30 to Oct. 2. Chuseok is one of the country's biggest traditional holidays, during which families hold traditional rituals thanking their ancestors.

While the number of people who travel to their hometowns is expected to decline amid lingering concerns over the new coronavirus, health authorities view the holiday as a critical event that could easily lead to a spike in infections. 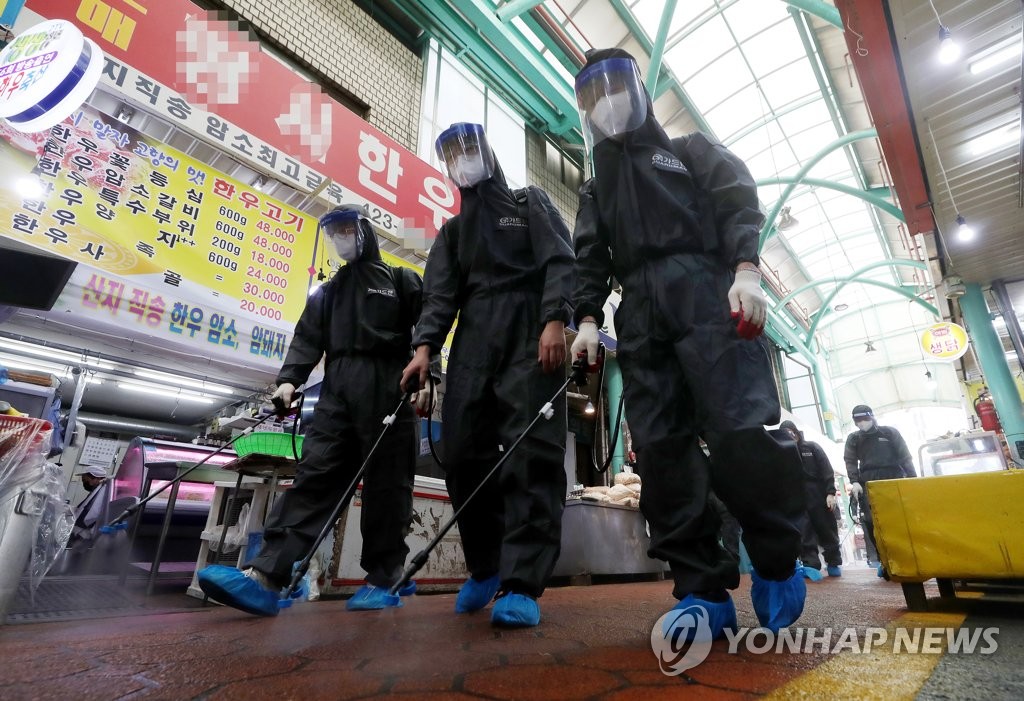 "The holiday period, spanning Chuseok and Hangeul Day, is expected to be the biggest challenge against antivirus efforts in the second half of the year," Prime Minister Chung Sye-kyun said on Sunday, announcing the government's plan to designate the two weeks starting from Sept. 28 as a "special period" for strong nationwide antivirus efforts.

In efforts to prevent cases from ballooning during the holiday, the government and local offices are encouraging people to spend the holiday with only close family and refrain from long-distance travel.

The state rail operator is selling just window seats -- half of all available seats -- to prevent trains from getting crowded, while highway toll fees that are usually eliminated during Chuseok will be collected this year.

Chung explained that the decision to collect toll fees was made after factoring in that traffic fell around 16.5 percent when toll fees were collected. 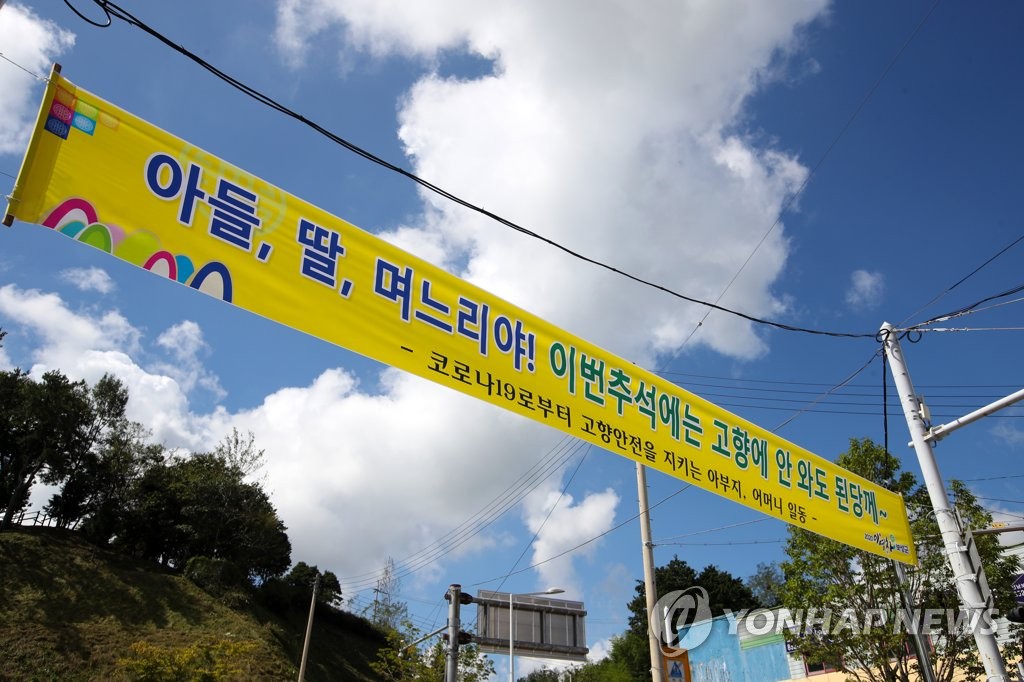 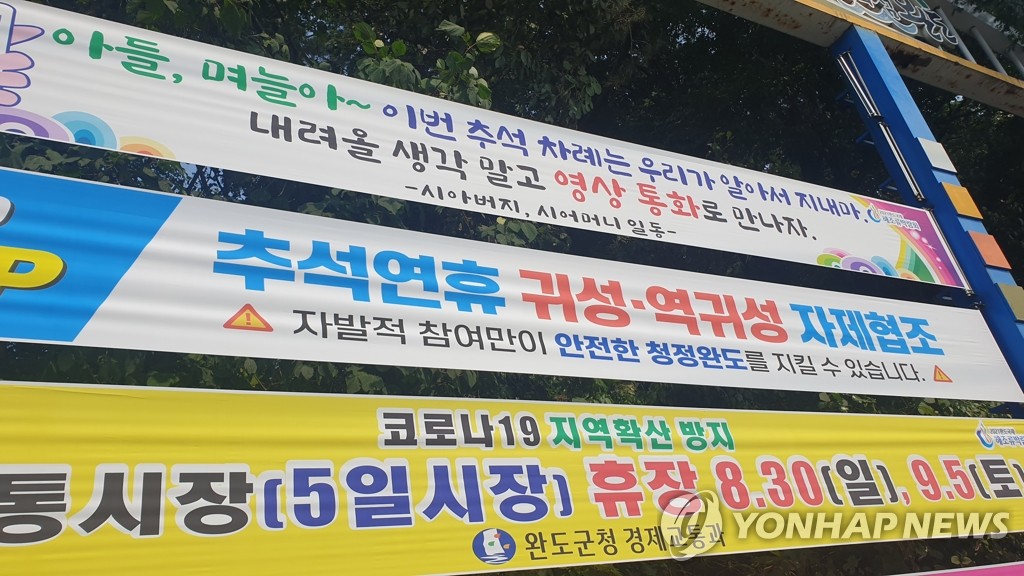 Local governments in rural areas are meanwhile running campaigns on a "quiet Chuseok," urging residents to tell their family members not to visit during the holiday and offering grave grass-cutting services or other traditional rituals online.

Despite the efforts, however, reservations at some accommodations in mountainous or coastal areas were reported to be nearly fully booked.

Rooms at some hotels and resorts in popular coastal cities like Gangneung and Sokcho appeared to be already sold out or nearly fully booked on online reservation websites, even two weeks ahead of the holiday.

"The occupancy at seaside accommodations has not fallen that much. In some places, bookings have actually increased," said an official at a seaside resort in Gangwon Province. 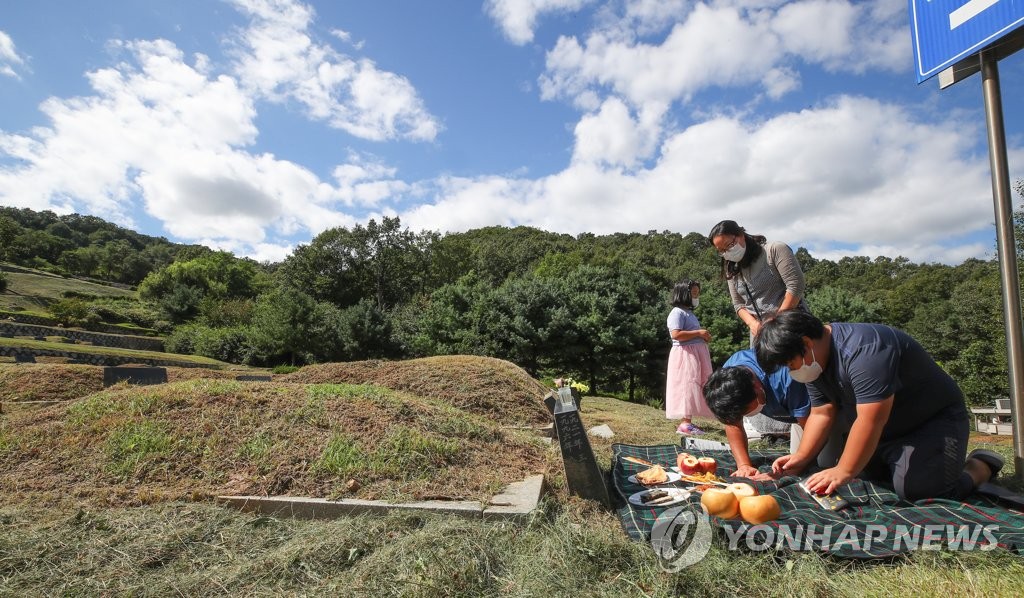 Officials warned people to refrain from traveling, saying that a possibly bigger outbreak may emerge after the long holiday.

"If a lot of people visit holiday destinations rather than going to their hometowns, it will only overshadow antivirus efforts as well as discourage a majority of South Koreans who are closely cooperating," Chung said.

"We are in a situation where we face a big challenge and a crucial moment on controlling outbreaks in the capital area, while managing a possible surge in infections during the Chuseok holiday and preventing the flu from spreading, all of them while keeping up with antivirus efforts," Jeong Eun-kyeong, the chief of the Korea Disease Control and Prevention Agency, said.