SEOUL, Sept. 15 (Yonhap) -- With this year's Busan International Film Festival (BIFF) set to be held in a reduced format due to the prolonged novel coronavirus pandemic, South Korean film buffs are expected to face fierce competition to get tickets for highly acclaimed movies from home and abroad.

Organizers of Asia's biggest film festival said its 25th edition will kick off on Oct. 21 and run through Oct. 30 in the southern port city of Busan, without in-person opening and closing ceremonies. No silver screen stars or filmmakers from overseas will attend the 10-day festival, while other related events, like the Asian Film Awards, will go virtual.

Instead, 192 invited films will be screened offline in five theaters at the Busan Cinema Center, the main venue of the festival, under strict social distancing guidelines. There will be no online screenings of those selected movies due to copyright issues, according to BIFF.

Considering the fact that there are only five theaters available, each film will likely be shown once or twice at most during the festival. Moreover, the capacity of each theater will be limited to 50 people and all tickets will be booked online. 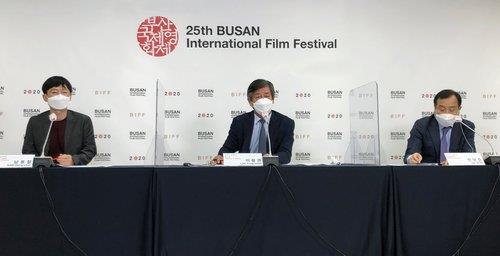 "According to distancing guidelines, only indoor meetings of less than 50 people are permitted," Nam Dong-chul, program director of BIFF, said in an online press conference held on Monday. "An estimated 10,000 audience members can enjoy the festival if our five theaters reach full capacity."

He said that about 200,000 people have visited BIFF annually in the past, with 300 films screened two or three times each in about 40 theaters at the Busan Cinema Center and other adjacent cinemas, with no distancing limitations.

In addition, BIFF's lineup is attractive and high-profile enough to spur movie enthusiasts in South Korea to secure a seat for long-waited titles, making the online ticketing competition fiercer.

"Septet: The Story of Hong Kong," an omnibus film by seven Hong Kong directors, including Sammo Hung, Ann Hui, Patrick Tam and Yuen Wo Ping, will open this year's BIFF, while the Japanese animated film "Josee, the Tiger and the Fish," directed by Tamaru Kotaro, will close the festival. 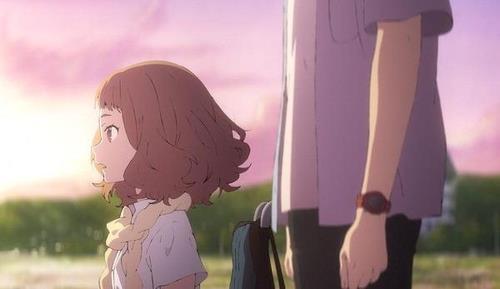 Among the 192 BIFF invitees are films that have been invited to or received awards at major international film festivals, including the Cannes, Berlin and Venice festivals.

In particular, out of 56 films selected by this year's Cannes Film Festival, 23 will be screened at BIFF.

Due to the COVID-19 pandemic, Cannes canceled the 73rd event but announced a list of 56 official selections in June. It did not distinguish between titles picked for competition or non-competition categories.

It allowed all selected films to be branded with the official Cannes 2020 label at other international festivals, should they happen later this year, and commercial screenings at the box office.

Along with the opener "Septet," BIFF will show "True Mothers" by Naomi Kawase, "Peninsula" by Yeon Sang-ho, "Falling" by Viggo Mortensen and "Striding into the Wind" by Wei Shujun.

A restored version of "In the Mood for Love" (2000) by Hong Kong director Wong Kar-Wai and the Disney and Pixar animated film "Soul" are also among the BIFF's Cannes selections.

There are also winners of the 2020 Berlin International Film Festival held in February, including "There Is No Evil" by Iranian director Mohammad Rasoulof, which was awarded the highest Golden Bear.

Films recently released at the Venice International Film Festival, which closed last Saturday, are also awaiting Korean audiences at Busan. Its opening film "The Ties" by Daniele Luchetti was invited to BIFF, along with "And Tomorrow the Entire World" by Julia von Heinz and "The Macaluso Sisters" by Emma Dante.