SEOUL, Sept. 15 (Yonhap) -- North Korea touched on regional issues, such as Hong Kong and the South China Sea, during last week's annual multilateral security forum, a source said Tuesday, in contrast to their past remarks focusing on their own security issues.

Pyongyang did not send its top diplomat to the foreign ministerial session of the ASEAN Regional Forum (ARF), which was held via video links on Saturday. An Kwang-il, its top envoy in Indonesia, attended it instead.

Touching on the controversy over Beijing's overall policy on its semi-autonomous territory of Hong Kong, An was said to have described the issue as a domestic affair of China's -- in line with Pyongyang's position against outside forces' intervention in a country's internal matters.

Regarding the long-simmering maritime disputes in the South China Sea, An was said to have called for a peaceful resolution through dialogue.

In the past, the North used the ARF forum to defend its push for nuclear deterrence or highlight the security conditions on the Korean Peninsula as well as what it calls America's hostile policy against its regime.

The ARF is a rare Asia-Pacific security meeting involving the North.

At the session, An also explained Pyongyang's fight against the new coronavirus, ascribing its response to the virus to the leadership of leader Kim Jong-un. The North claims to have no COVID-19 case.

At the ARF session, Seoul's Foreign Minister Kang Kyung-wha called for Asia-Pacific countries to send a "unified message" for the resumption of dialogue with the North, renewing Seoul's resolve to forge ahead with efforts for lasting peace on the Korean Peninsula.

Kang also highlighted South Korea's push to improve inter-Korean ties through various projects for cross-border cooperation, which she called a "cornerstone" of peace on the peninsula. 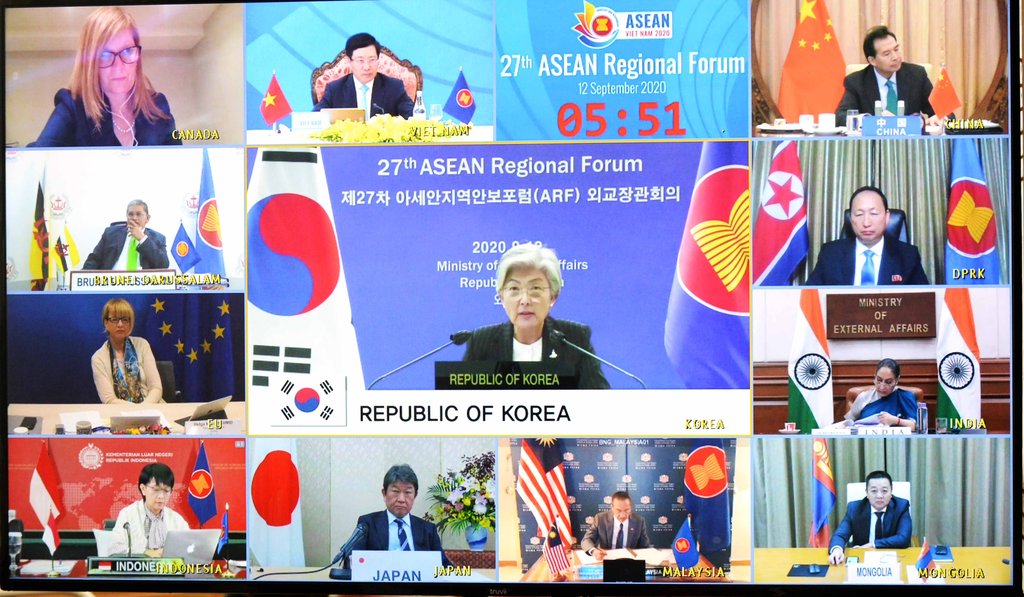