SEOUL, Sept. 15 (Yonhap) -- Rival political parties agreed Tuesday to handle an extraordinary budget to cope with the economic fallout from the COVID-19 pandemic next week.

Last week, the government submitted a 7.8 trillion won (US$6.6 billion) extra budget bill aimed at helping small merchants and self-employed people most affected by a recent resurgence of the new coronavirus. It marked the first time in 59 years for the South Korean government to allocate four extra budgets in a single fiscal year.

Parliament's special committee on budget and accounts will hold a meeting with Finance Minister Hong Nam-ki and other economic officials on Friday to review the supplementary budget bill. 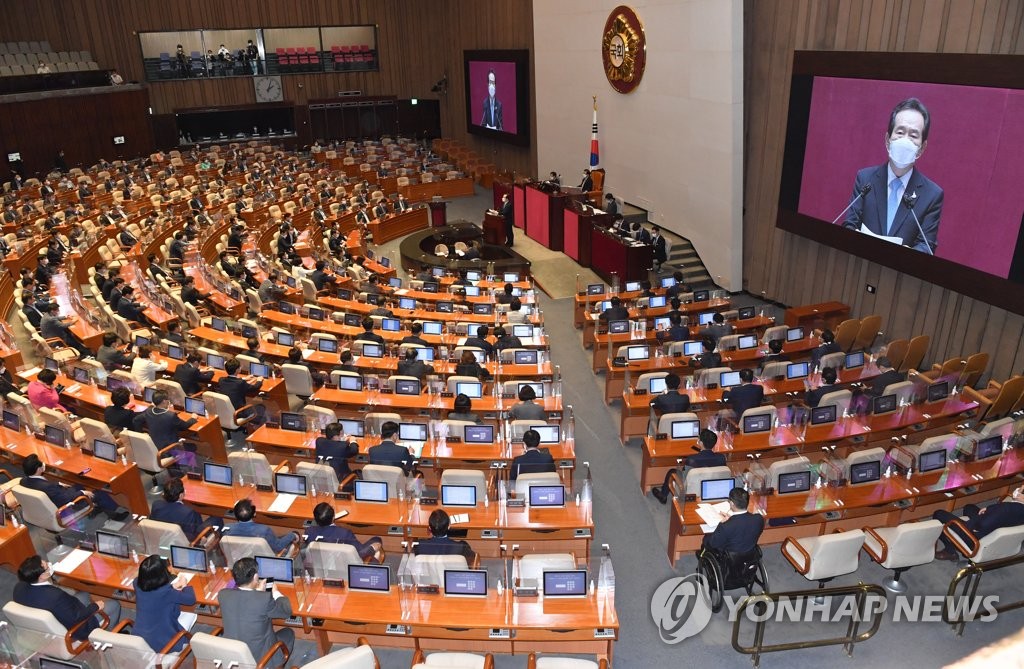 Although the two sides compromised on the schedule, they have yet to agree on the details of spending plans.

The DP and the PPP have been especially at odds over the government's plan to subsidize mobile service fees for all citizens aged 13 and older.

"We are willing to look into problems raised by opposition parties," Park said. "The review of the bill will be a process of finding common ground."

PPP lawmaker Choo Kyung-ho said it is up to the ruling bloc whether the legislative process of the bill goes ahead as scheduled.

"We will need to swiftly review the bill, but we will do it thoroughly," Choo said. "If there is no final agreement, proceedings in the plenary session could be delayed."