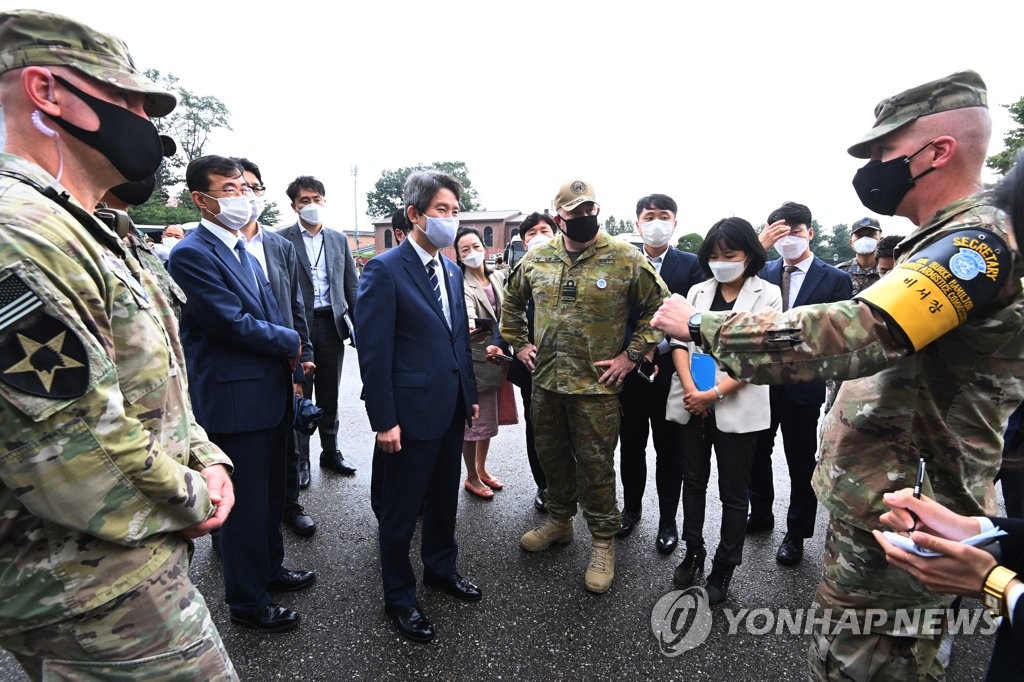 The United Nations Command (UNC) welcomed Lee's visit, saying that it looks forward to continuing close cooperation with his ministry and supports inter-Korean cooperation, including the reunions of separated families.

"UNC has long been a supporter of this cause, facilitating the construction of Freedom House in the JSA and coordinating with the (North's) Korean People's Army to allow crossings to Mt. Kumgang resort on multiple occasions," the U.S.-led command said in a Facebook post.

The UNC also said it is looking at restarting the suspended tour program to Panmunjom in the Demilitarized Zone (DMZ), which takes visitors to the southern side of the truce village.

"We will announce when the UNC Commander has decided to restart tours," it said.

Tours to Panmunjom were suspended in October last year, when the highly contagious African swine fever was reported near the border. The ministry postponed the resumption of the tour program earlier this year amid concerns over the new coronavirus. 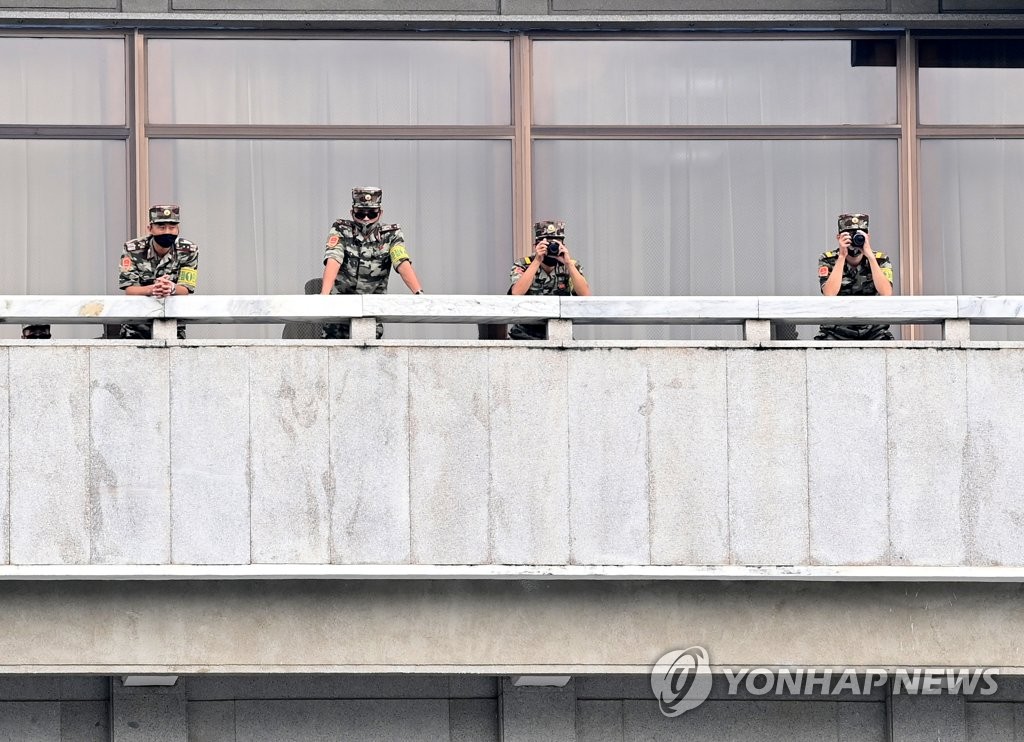