Microsoft officially released its cloud gaming service simultaneously across 22 countries, with South Korea being the only Asian country in the global launch. 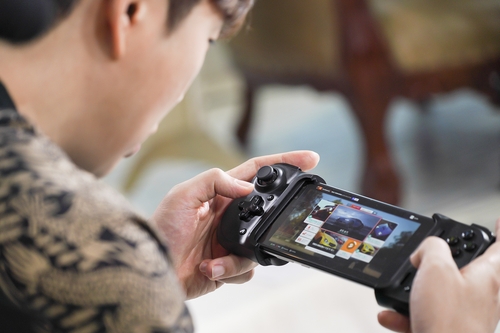 SK Telecom said it aims to garner 100,000 5GX Cloud Game users by the end of this year and 1 million users in three years, targeting the 3 million console and high-graphics mobile gamers in the local market.

The subscription-based service currently offers around 100 games, including popular third-person shooter Gears 5, and will add sports titles from Electronic Arts Inc. by the end of this year.

The service makes use of local high speed 5G networks to stream games on mobile devices, ensuring low latency and seamless gameplay, though it is still available through Wi-Fi and 4G LTE, according to SK Telecom.

KT's GameBox service has racked up over 40,000 users since its release last month, and the company opened the platform to other mobile carrier users earlier this week.