(ATTN: RECASTS headline and lead; UPDATES throughout with details)

SEOUL, Sept. 16 (Yonhap) -- The government warned Wednesday that it will take stern measures against any illegal rallies on the Oct. 3 National Foundation Day to prevent further spread of the new coronavirus.

Conservative activist groups critical of the Moon Jae-in government have applied to hold 435 rallies in central Seoul on the occasion of National Foundation Day, according to the police.

The move comes amid criticism that similar outdoor rallies by conservative activists in mid-August have so far resulted in 585 new cases of COVID-19 nationwide.

"The government has banned 87 rallies, which were either reported to be held in no-assembly zones (in central Seoul) or with participation of over 10 people," Vice Health Minister Kim Gang-lip said in a press briefing. "Should they press ahead with the rallies, the government will quickly take measures to disperse them and criminally investigate those who commit illegal acts."

The mass demonstrations pose a high risk of virus transmissions because a large number of people gather from across the country and droplets are produced when they chant, he added.

Health officials said both organizers and participants of the illegal rallies can be punished under the Infectious Disease Control and Prevention Act. Under the law, those who attend rallies knowing they are unlawful can face fines of up to 3 million won (US$2,556).

Under the country's law on assembly and demonstration, those who participate in illegal rallies can face up to six months in prison or a maximum fine of 500,000 won, while the organizers can be sentenced up to two years in prison or fines of up to 2 million won. 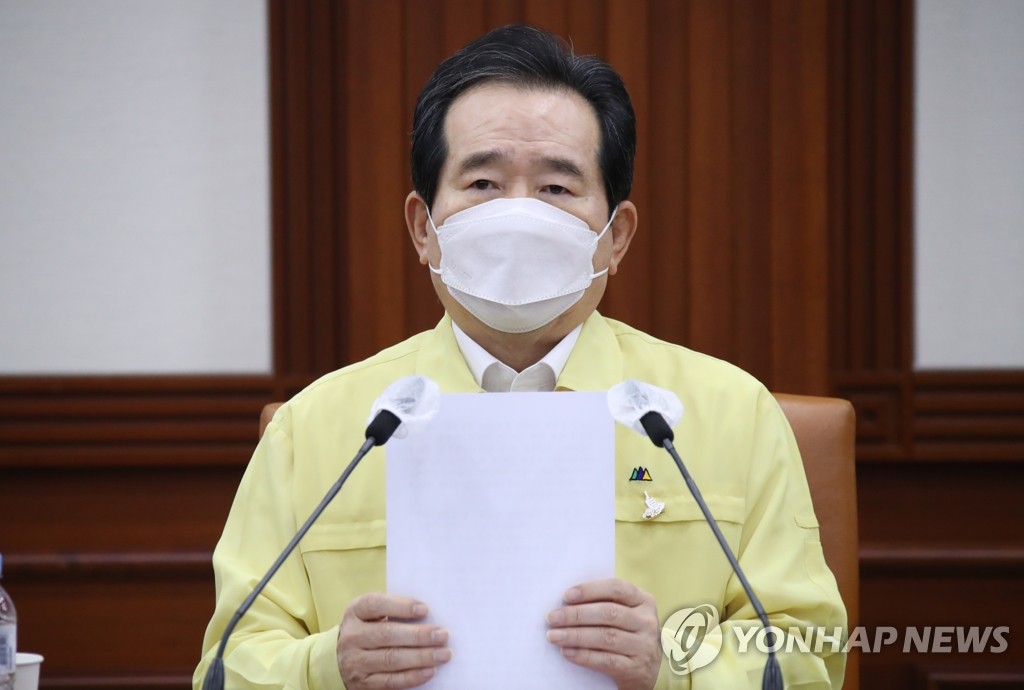 Prime Minister Chung Sye-kyun also pleaded with the groups to withdraw plans to stage the massive rallies and vowed stern measures against any unlawful demonstrations.

"I request that the concerned groups roll back their rally plans," Chung said in a regular government COVID-19 response meeting. "If the (planned) rallies are pushed ahead, the government will respond sternly in accordance with law and regulations in order to protect the lives and safety of people," the prime minister said.

Some of the groups held a press conference in Seoul to announce their plan to push ahead with the large rallies in the city center on Oct. 3 in defiance of the Seoul city's ban on such rallies due to the recent resurgence of COVID-19 cases.

The rallies will draw about 1,000 participants, they said.

"The government should guarantee the freedom of assembly and association mandated in the Constitution," they claimed during a news conference held in front of the Jongno Police Station in the afternoon.

On Monday, the Seoul metropolitan government extended a ban on rallies of 10 or more people to midnight on Oct. 11, because early October, which includes five national holidays, is expected to be the biggest challenge to the nationwide efforts to curb COVID-19 cases. 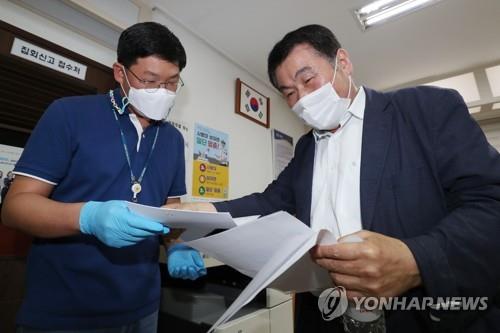