SEOUL, Sept. 16 (Yonhap) -- With their lead at the top of the Korea Baseball Organization (KBO) standings all but evaporated, the NC Dinos will have to survive their crucial stretch without two integral pieces.

Manager Lee Dong-wook announced Tuesday, before the Dinos went on to lose to the Doosan Bears, that designated hitter Na Sung-bum will be out for about two weeks with a left hamstring injury. 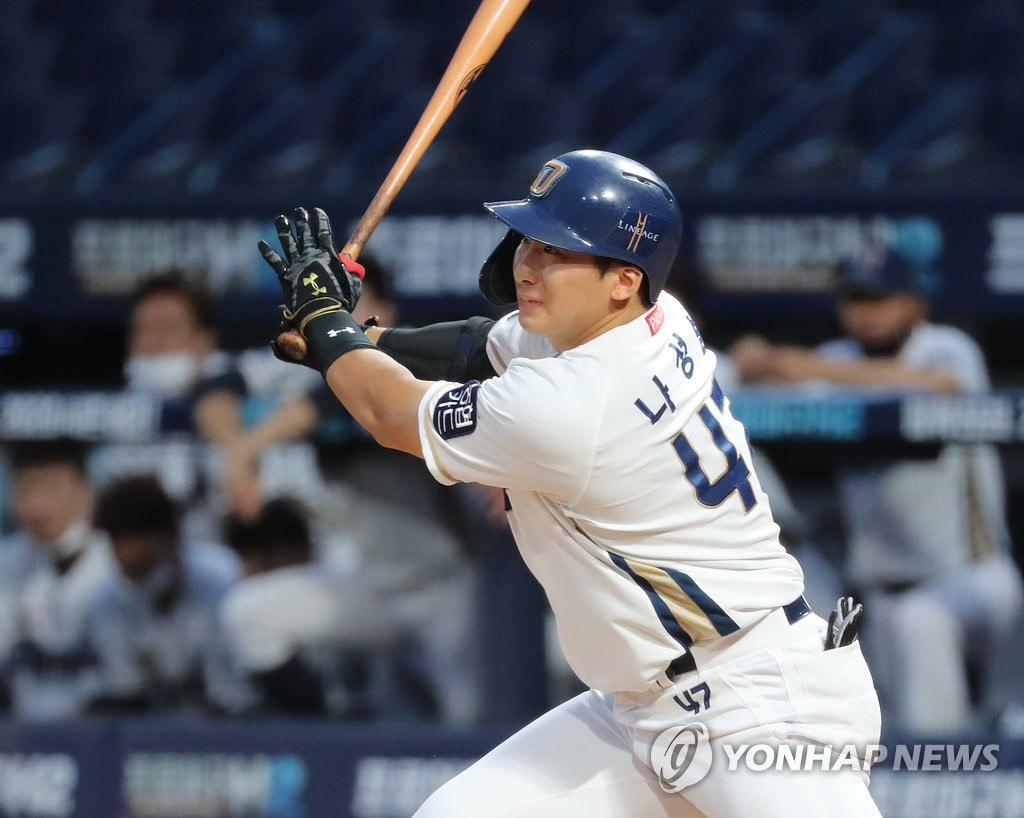 Lee said Na was diagnosed with Grade 1 strain, meaning the injury is relatively minor. But the Dinos aren't taking any chances with Na, who missed over 100 games last year with a knee injury.

Na pulled his hamstring while running to first base on a single in the first inning against the Kia Tigers on Sunday. The Dinos placed Na on the injured list Monday, though they didn't know at the time he would have to miss this much time.

In a performance worthy of a Comeback Player Award if the league had one, Na is batting .320/.391/.615 with 29 home runs, 93 RBIs and 90 runs scored. He's third in the KBO in home runs, second in RBIs, second in runs, second in slugging, and second in on-base plus slugging percentage. The Dinos are the highest-scoring team in the league (651 runs), with the most home runs (135) and doubles (203), too. 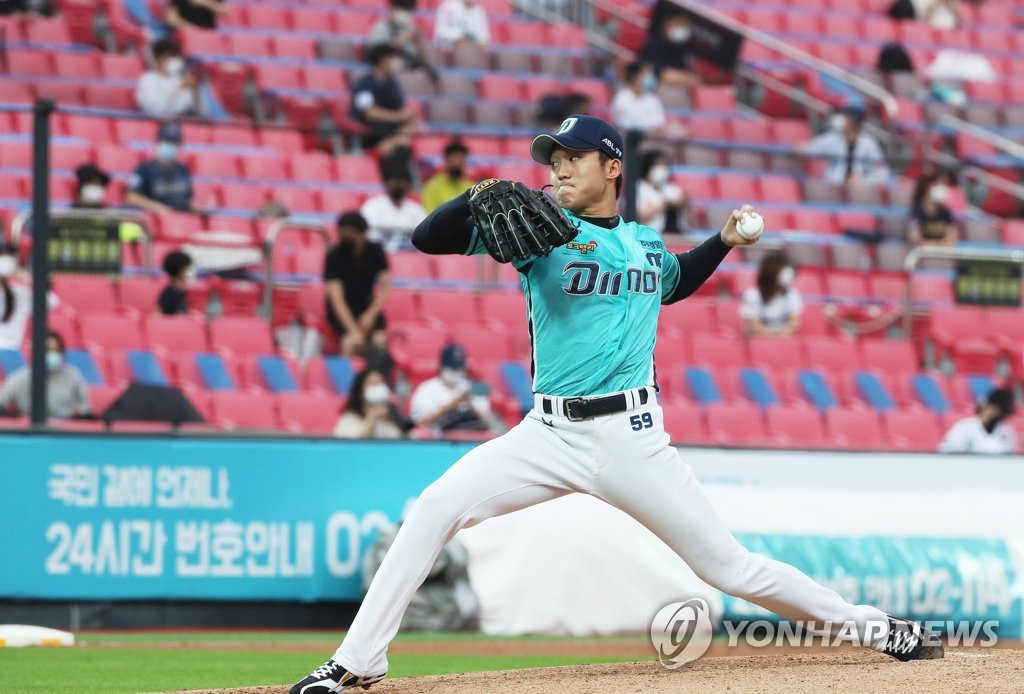 On the sidelines, Na will join ace left-hander Koo Chang-mo, who is recovering from a broken forearm.

Koo hasn't pitched since July 26. The Dinos deactivated him the following day to give him a breather, and then they discovered inflammation in Koo's left forearm.

He resumed his throwing program at the end of August, but doctors discovered a slight fracture on Sept. 3.

"Koo will begin playing catch on Wednesday. If everything goes well, he'll throw some 30 pitches in the bullpen next Tuesday," Lee said. "It's difficult to estimate a timeline for his return. We're looking at the end of September or the beginning of October." 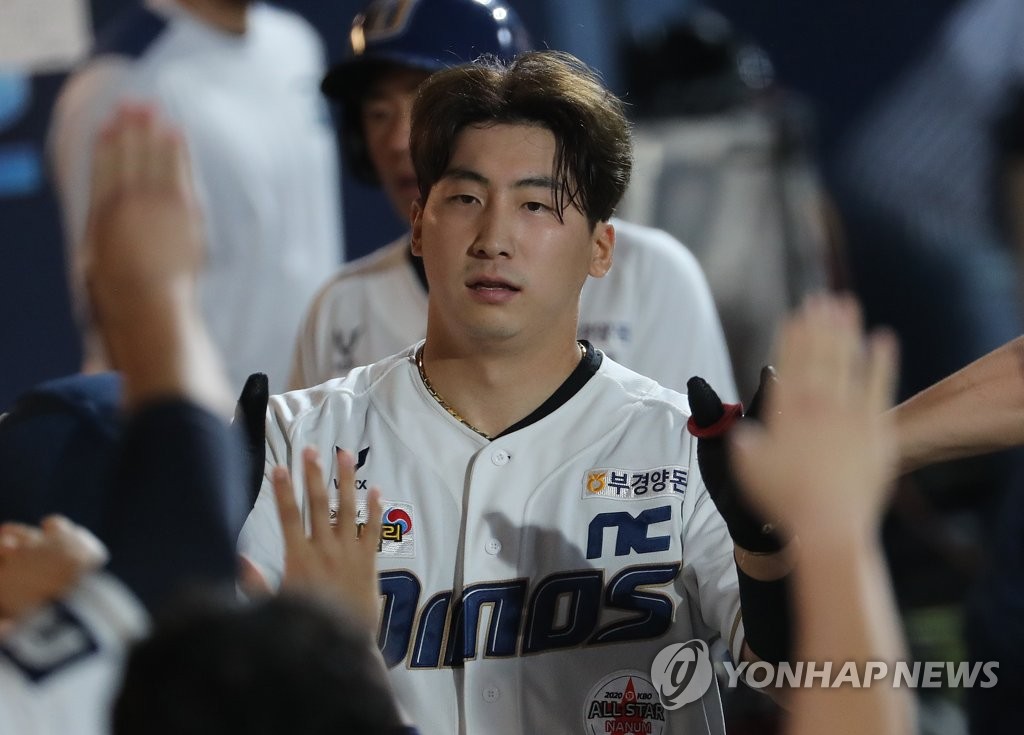 Koo, in his first season as a full-time starter, was brilliant in the first half of the season. He went 9-0 in 13 starts with a 1.55 ERA, with 99 strikeouts against 17 walks in 87 innings. He had not won more than 10 games in any of his four previous seasons, while bouncing between the rotation and the bullpen.

Koo's career high in innings pitched is 133 from 2018, a mark that he was certain to exceed this year if not for the injury.

The Dinos have been in first place every day since May 13, but they've dropped three straight games at 60-41-3 (wins-losses-ties). They're leading the Kiwoom Heroes (65-46-1) only in winning percentage, .594 to .586, as they're dead even in the difference between wins and losses with 19. 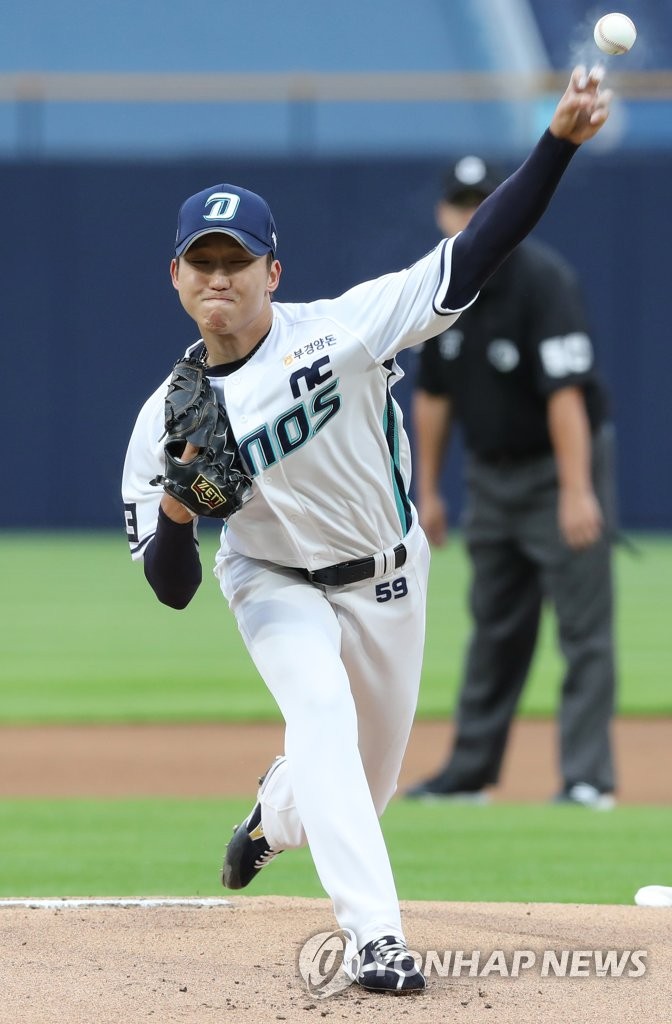