SEOUL, Sept. 16 (Yonhap) -- Samsung Electronics Co.'s share in the global mobile application processor (AP) market dropped in the second quarter of 2020 from a year earlier, a report showed Wednesday, as the South Korean tech giant tries to expand its presence in non-memory business.

Samsung, which makes the Exynos chipset, had a 13 percent share in the global mobile AP market in the April-June period, down 3 percentage points from a year ago, sharing the fourth spot with Apple Inc., according to market tracker Counterpoint Research.

Qualcomm Technologies Inc. maintained the top position with a 29 percent market share, though its share declined 4 percentage points over the cited period, the data showed.

Taiwan-based MediaTek Inc. came in second with a 26 percent market share, up 2 percentage points from a year earlier.

China's HiSilicon Technologies Co. ranked third in the market with a 16 percent share, up 4 percentage points from a year ago, as its affiliate Huawei Technologies Co. placed more orders following U.S. restrictions and rising smartphone demand on its home turf. 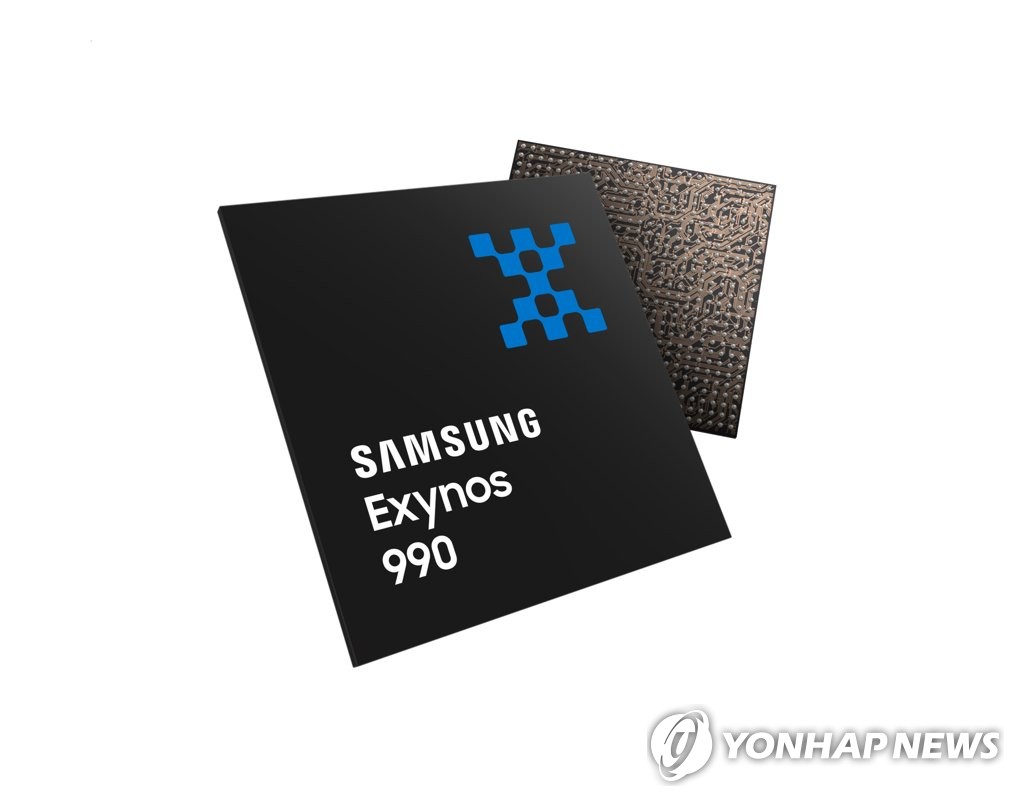 Samsung suffered a market share decline in almost every region except North America, where its share grew from 9 percent to 16 percent. The company was the top smartphone AP vendor in Europe with a 27 percent share, according to Counterpoint Research.

The global smartphone AP market declined 26 percent in the second quarter of 2020 as handset sales plunged due to the COVID-19 pandemic, the market researcher said.

But Counterpoint Research predicted that rising 5G smartphone sales could offset the overall decline and fuel growth next year.

"We estimate that the smartphone AP market will be on a growth trajectory from 2021 onwards and will continue to be on the path for the next three years as 5G adoption reaches emerging markets," it said.

The market researcher added that the U.S. restrictions on Huawei, which ban the supply of semiconductors made with U.S. equipment, software and designs to the Chinese tech titan without prior approval from Washington, will drive the growth especially for Qualcomm, MediaTek and Unisoc.