SEOUL, Sept. 16 (Yonhap) -- With the South Korean release of Walt Disney's live-action remake "Mulan" just a day away, refreshed calls to boycott the film have been growing here on social media due to a few controversies. 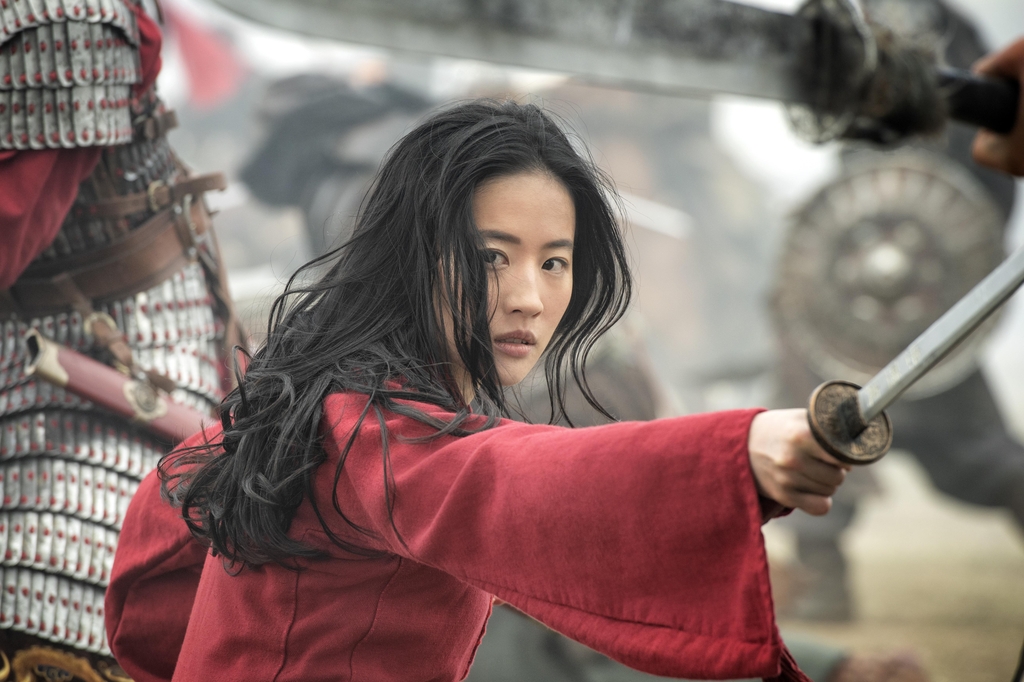 The film has been under fire since its lead actress Liu Yifei posted comments supporting Hong Kong's police in their crackdown on pro-democracy demonstrations last year.

Recently, a second phase of debate has been rekindled as "Mulan," already released on Disney+ in the United States, hit Chinese theaters last week after months of delays due to the coronavirus pandemic.

Pro-democracy activists criticized Disney for offering special thanks to a group of state organizations in the northwest Chinese region of Xinjiang in the film's closing credits.

The movie was partly filmed in the region where the Chinese government has been accused of prosecuting millions of Uighur Muslims.

Hashtags like #BoycottMulan have trended on Twitter and other social media ahead of the release of "Mulan" in South Korea on Thursday.

"Human rights should be given priority over capitalism," wrote Twitter user @redroselucy0518, asking people not to watch "Mulan."

Other movie fans are also supportive of the boycott movement in the virtual space.

"I wanted to see a Disney movie that stars an Asian actress," Lee Eun-hee, a Seoul citizen, said. "But I'm disappointed with who it thanked in the credits. It looks like the company is trying to politicize the film."

In July, several student and civic groups here held a rally in front of Walt Disney Co. Korea in southern Seoul, asking the company to scrap its plan to release the movie in South Korea. They also sent protest letters to local multiplex operators like CGV, calling for them to join the boycott.

The controversial live-action movie, based on the 1998 animated film of the same title, centers on the heroine Mulan who fights gender prejudice and becomes a warrior.

Calls to boycott 'Mulan' rise in S. Korea ahead of release

Calls to boycott 'Mulan' rise in S. Korea ahead of release