SEOUL, Sept. 16 (Yonhap) -- Satellite imagery has shown that a submersible barge used to test a submarine-launched ballistic missile disappeared from the North's main submarine shipyard in a possible sign that an SLBM test may be impending, a U.S. think tank has said.

The monitoring website 38 North made the assessment based on satellite imagery of the North's Sinpo shipyard amid speculation that the North could test-fire an SLBM around the 75th anniversary of the founding of the country's ruling Workers' Party on Oct. 10.

"Commercial satellite imagery of North Korea's Sinpo South Shipyard from September 15 indicates heavy activity has taken place over the past week since the typhoons have passed, including the repositioning of the SINPO-class submarine and the repositioning or departure of the submersible test barge," 38 North said.

"The submersible test barge, usually berthed to the north of the protective awning, was gone, and the small probable mini-submarine, which had been positioned on the quay since May 27, had been removed," it said.

The think tank said the barge may have been moved to ahead of the new submarine or pulled from the water to undergo repairs, citing a recent media report of damage to vessels in the shipyard.

"If the object berthed ahead of the SINPO-class submarine is not the submersible test barge, then the barge's whereabouts may signal an impending SLBM test, although conducting such a launch on the heels of a destructive typhoon seems unlikely," it said.

An SLBM test has been considered one of the provocative acts that the North could undertake, after leader Kim Jong-un pledged to show off a new strategic weapon in his New Year's Day message. 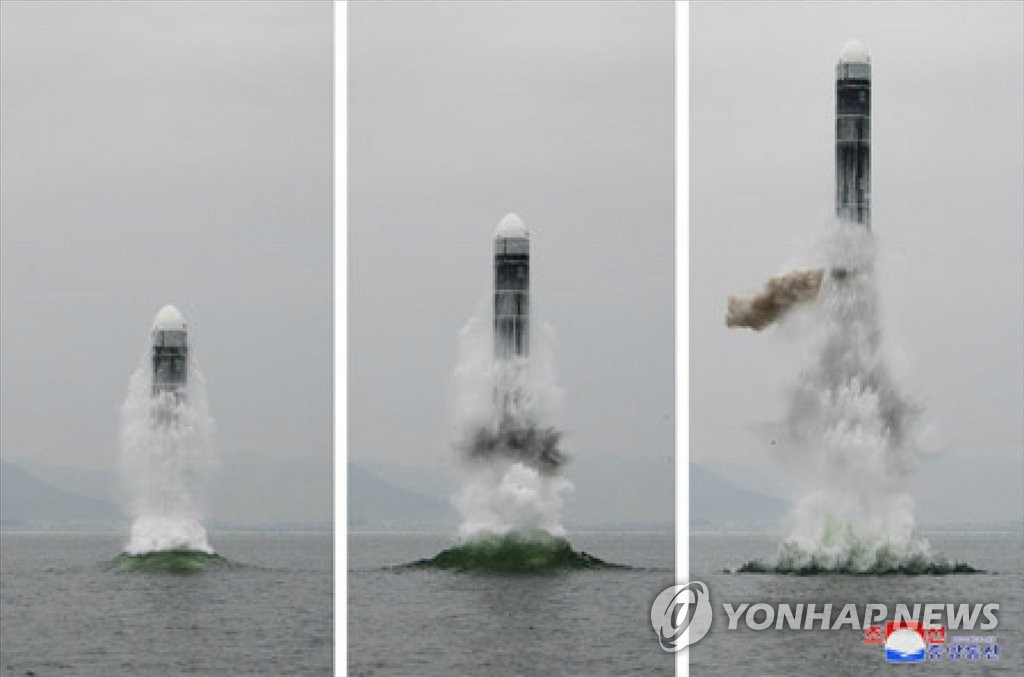