SEJONG, Sept. 17 (Yonhap) -- Finance Minister Hong Nam-ki on Thursday asked the National Assembly to approve a fourth supplementary budget by early next week, in order to give emergency handouts to small merchants ahead of the Chuseok holiday season.

The ruling Democratic Party and the main opposition People Power Party reached an agreement earlier this week to vote on the fourth extra budget bill this coming Tuesday.

That day is a potential deadline for the government to provide relief handouts to small merchants before the Chuseok holiday that begins Sept. 30, Hong told a meeting with economy-related ministers.

As part of efforts to ease the economic pains of small and medium-sized companies, the government will extend an exemption of regular supervision on chemical facilities by another three months, Hong said. 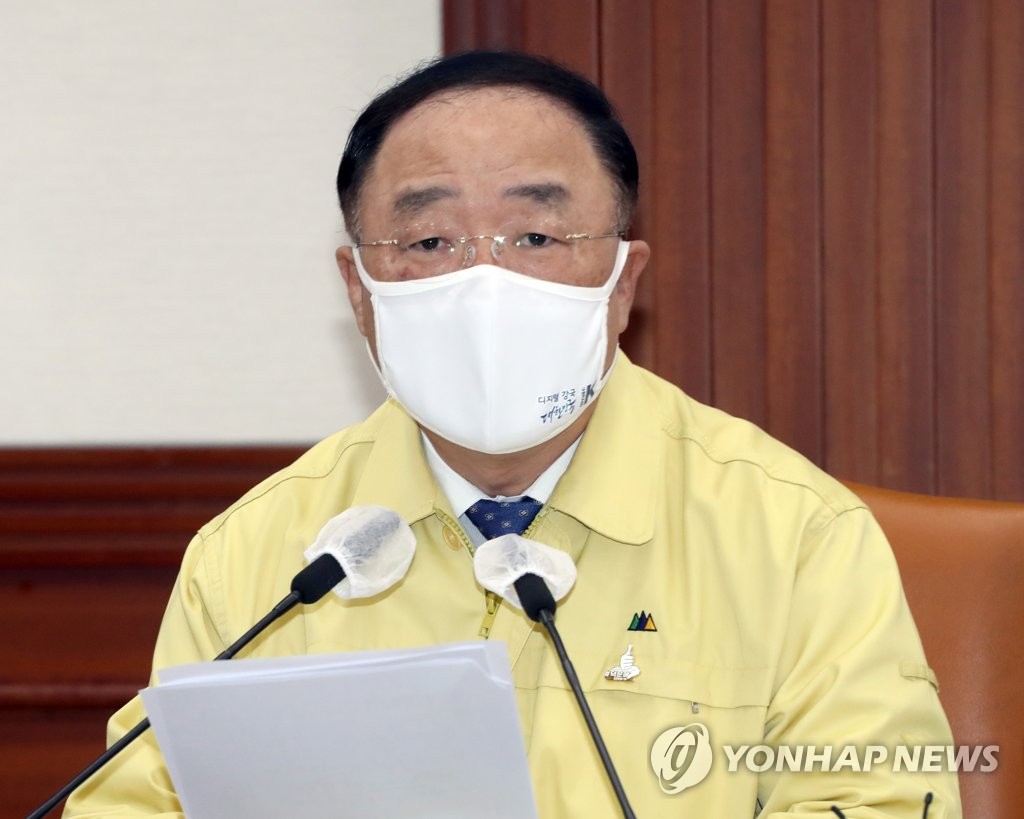 In its latest economic projection for South Korea, the Organization for Economic Cooperation and Development (OECD) predicted the Korean economy will contract 1 percent in 2020 from a year earlier.

The updated prediction marked a downgrade from its August forecast of 0.8 percent, but it was the highest growth estimate among 37 OECD member countries.

The OECD recommended that fiscal policy play an active role for the global economy to recover from the pandemic.

Hong said the OECD's recommendation is in line with the Korean government's policy.

The government will double down on its efforts to revive an economic growth while making utmost efforts to contain the spread of the new coronavirus, Hong said in a Facebook post.